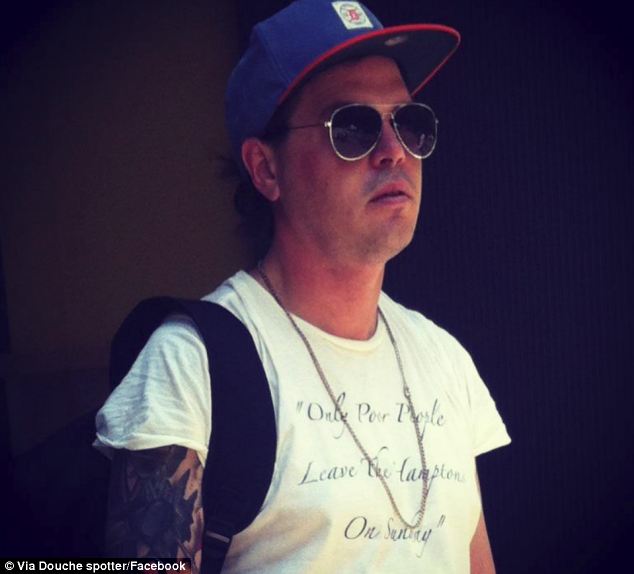 Hamptons local James Cuomo it seems has had enough of the influx of city traffic that normally floods his neck of the woods this time of the year. So much in fact that he has set up a facebook page, Hamptons Douche Spotter where he singles out the antics of what he reckons (and probably rightly so) the less than compelling and bizarre behavior of visitors to his usually serene neck of the woods.

The area known as the playground for the rich and well to do during the summer months is infamous for hosting a plethora of social gatherings and trysts that goes on to attract no shortage of visitors to its pristine shores. A far cry from the off months (when this scoundrel prefers to visit) where one can find serene roads, the odd deer frolicking about and dinner menus which are once again sensibly priced and miles and miles of untainted coast line.

To date James Cuomo, a construction worker who lives in the Hamptons year round has more than 11633 fans who have gone on to share some many of their own frustrating experiences.

Inspired in part by a city visitor cut in front of him at a coffee shop last summer, Cuomo decided from then on to begin documenting what he perceives to be the less than ‘appreciative attitudes of these people.’

Tells Cuomo: ‘He was the last straw. That’s the attitude of these people. They feel like the rules don’t apply to them when they come out here. I had to do something.’

Speaking to the New York Post, Cuomo added that he would have liked to have punched the man in the face, but concluded that setting up a Facebook page would be a smarter move.

The images show unaware tourists wandering in front of traffic instead of taking crosswalks, men browsing shops in nothing but Speedos and a variety of other eyebrow-raising outfits – Fedoras, tartan trousers and some very tight shorts. 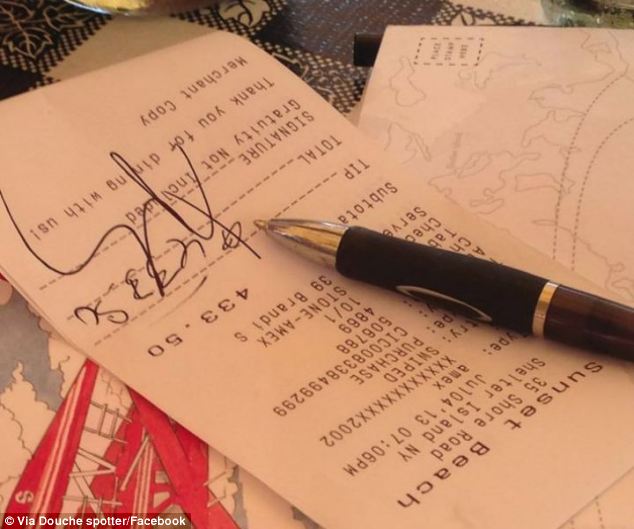 There is also some questionable restaurant etiquette on show too.

In one photograph, a woman places her small dog in a baby’s high chair so he can have a place at the table in a restaurant, and in another, a receipt reads $433 – with no tip.

Then there’s the picture of one individual who took to parking their automobile across disabled parking spots, because some people just know better…

‘I think people have just had it at this point. It’s gone crazy.’

He said that although the site is popular, others have questioned whether it is cyber bullying.

‘I know these people keep us going with the money they bring in. But I have just come to dread the summer because of the arrogance of these people. They don’t have to act like this.’

Then again isn’t that all part of the fun for certain individuals? To act up in a certain way they would never dare try back in the city? 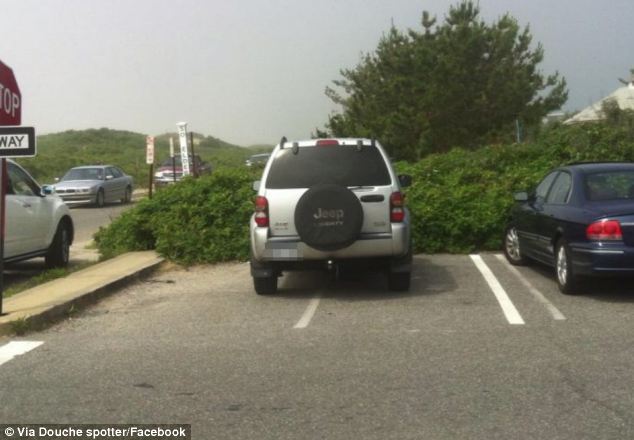 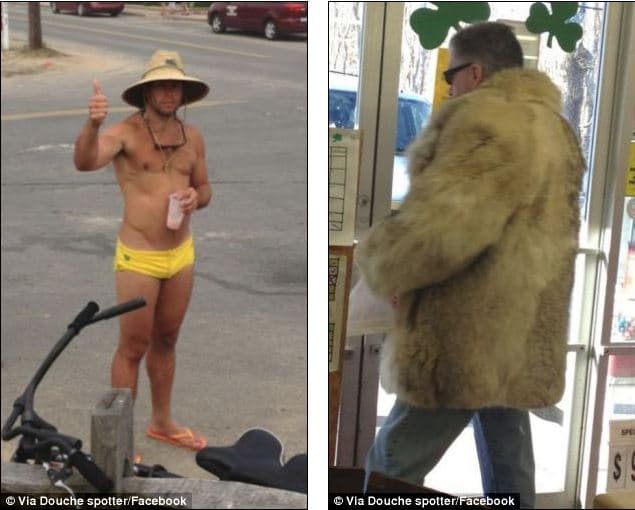