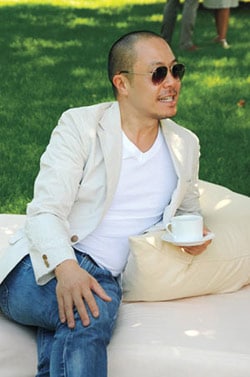 The social pecking order that you thrive off…

As we find ourselves fully immersed in the summer sweepstakes called ‘Hey look at me I’m in the Hamptons and I’m more important or nearly important game’ that goes on we decided to wonder out aloud from the least to the most least unimportant social pecking order that we could think of. Therefore with no further ado here are what we deem to be the ten most unimportant people in the Hamptons this weekend that you could hardly agree more with.

No hate mail please, we’re just expressing what we know is in the back of your mind.

Number 9– the cater’s waiter’s captain. He on the other does give a shit and no matter how much they grovel, they secretly despise you.

Number 8– the guy at 7-11 on the LIE on your way to the Hamptons. Ever since they invented self service he’s just kind of become redundant.

Number 7– The parking/valet attendant. Ever since you stopped giving him tips he’s become a tad nasty.

Number 6– The doorman. He’s really not that hot and really it’s just an ego trip, because in the Hamptons you really do control the show, not some aspiring actor/model. Now open the gates infantile!!

Number 5– The second rate models. Sure they’re pretty (enough) but you know they’re just ornaments and expendable and not worthy of your bonus dollars. Be done with you and go back to modeling second rate acts.

Number 3– The second rate guests that have come to the Hamptons just to fawn all over and be near you. You and I know that they are disposable but until then we will keep using them until we get tired of them and they get tired of us.

Number 2– Your ex wife/husbands and ex girlfriend/boyfriends. They really have no business being here and they’re just here to aggravate the crap out of you. Now scram and stop making out in front of me. I hate you!!!

Number 1 useless person and obvious stand out- the media guy, that’s right- people like us. Despite what you say we still intend to be in your face, give you all the press that you crave and hate at the same time. All we ask in due course- next time we crash your party just let us get drunk in peace and we swear we’ll write a less than scathing report on your life. Now where’s the bar?