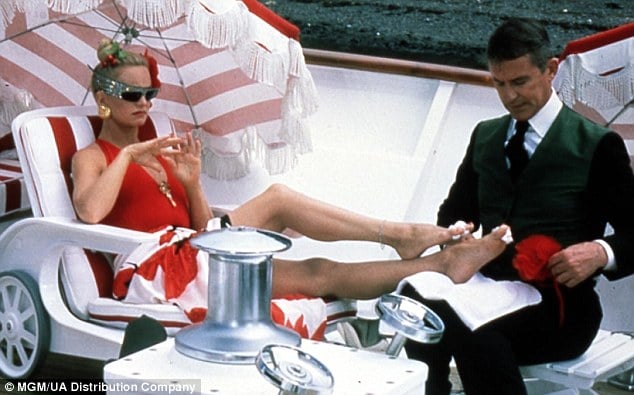 Have you ever aspired to be a Hamptons housewife? Perhaps you already are? Then the following perhaps ought to leave you ruefully grinning then again it just might remind you why such an aspiration might be holding off on altogether…

For those aspiring the life a Hamptons housewife, some of the very necessary must haves include having access to a butler, nannies, which naturally allows one to relax, get in those two hour daily work outs and a little get away from the kids.

But if one has a butler and a nanny one also needs a driver too to remind fellow Hamptonites how good your ass really has it. Then again with summer fully here and the drinking and social set in town it just might be better to have a driver whisk one around without risking being busted for DUI.

But if you have any aspirations of being a Hamptons driver rest assured you wont be considered family.

Then there was this response that had me wondering when it is the best time to get plastic surgery:

No way. They want to be looking their best before Memorial Day. People plan their surgeries around when they have to hit the beach. If you’re going to have your boobs done, you are not getting them done in July, you’re getting them done in early May. I’m sure plastic surgeons are very busy in April and May for certain things, and very busy in January and February for other things.

Affairs are frowned upon cause that shit can get nasty and expensive so best to live that shit to you Manhattanites.

Gold diggers are left, right and center and just about everywhere and it is no secret in the Hamptons that everyone is digging for their gold nugget(s).

And what does it mean to be a gold digger?

To want a better life and make money your number-one priority? People are always on the look out for the BBD [bigger better deal]. Social climbing is worse than gold digging. That’s trying to be friends with someone who has money. A gold digger is generally a woman or even a man who is looking for a spouse that has money, which means security. A social climber is someone who is trying to amass as many socially high-caliber friends as they can. That’s more transparent to me than someone who is looking for a better life.

How do you spot them?

I run from them. Name dropping drives me crazy. That’s the first sign, and then asking you how many people you know or do you know this one and that one. That happens a lot out there. You’re putting the 1 percent wealthiest East Coast people all on one tiny little spot for two months. It’s like a feeding frenzy.

Because nothing says more than a Hamptons wife has arrived when she becomes a high priced trophy ornament that dangles ceaselessly in the summer wind, ready to chip when the next young 23 year old trophy import comes snooping by for her trophy place.