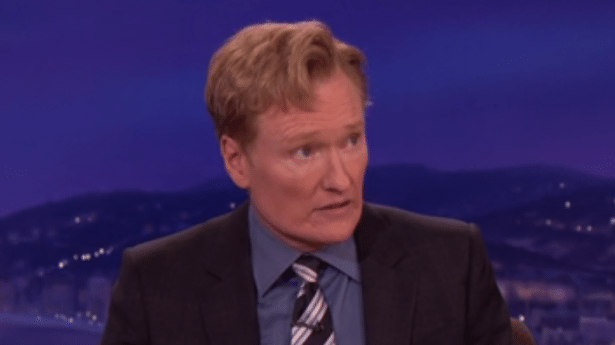 When late night host Conan O’Brien took a few minutes to remember Robin Williams  during a live taping, calling the late comedian, ‘the best talk show guest in the world,’ what he hadn’t told audience members at the time when the comic was tearing up deep inside over the loss of his close pal was that said close pal had once bought him a bicycle to cheer him up when he was playing the late night being dumped shuffle.

‘He was generous in so many ways, he just had such a generous spirit as well,’ Conan said on Tuesday night’s show. ‘But just as a quick example of what he was like, five years ago I went through publicly kind of a bump in the road, and I was feeling a little low. Out of the blue, Robin Williams buys me a bicycle.’

Told O’Brien in full, that might make us realize the depth of the comic’s relationship and the pathos involved with digging inside to make everyone around you feel better when sometimes one is struggling inside for dear sanity:

So I called Robin up, because who does that? I didn’t know him well enough to justify this kind of, “You didn’t get me anything.” So I called him up and I just said, “Robin, I’m floored by this bike.” And all he would say was, “Well I knew you ride and I knew you could use it,” and he went, “Does it look ridiculous, does it really look ridiculous?” And I said, “Yeah, it looks ridiculous.”

And he went, “Good. Do you really look stupid riding it?” I said, “Yeah I’m going to look really stupid.” And he said, “Well then that’s good then.”

“He had just that amazing spirit of fun. The generosity but also the fun at the same time. And so often I would just look at that silly bike and think, “What a wonderful spirit, what an amazing spirit,” Conan said during the show. “And we know now that he had his battles, and I think it’s very courageous for someone to be that generous in the face of that kind of depression.”