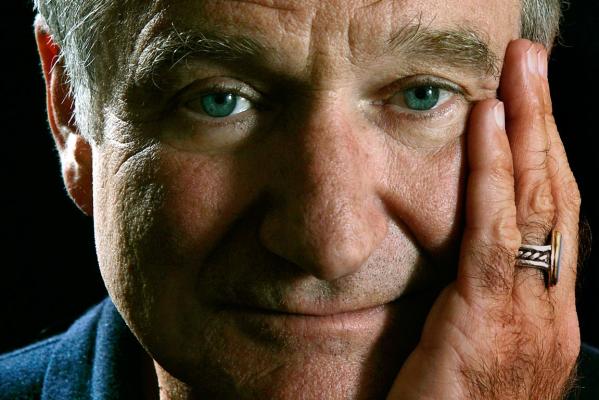 It has been revealed this afternoon that Robin Williams came to die hanging himself the Sunday evening with a belt whilst his wife slept in a nearby bedroom. The actor would only come to be found the following late morning when an assistant discovered his lifeless body circa 11.55 am. The actor would be found unconscious and not breathing when finally discovered.

The UK’s dailymail reports that the actor had last been seen alive at 10.30pm on Sunday by his third wife Susan Schneider when she went to bed.

Marin County Sheriff’s Lieutenant Keith Boyd would tell that the actor had locked himself in a different bedroom, presumably because the actor was resolute on taking his own life and didn’t want to be stopped.

By the time an assistant came to find the actor’s body at 11.55am on Monday, Boyd would tell that rigor mortis had set in. It normally takes 12 to 18 hours for a body to stiffen after death. Implying that the actor almost certainly hung himself almost immediately after shutting himself in the bedroom and presumably having final words to her knowing full well his intentions to self capitulate.

Whether the actor had come to make the decision to end his life that day or whether he had been planning it for some time has yet to be understood.

After going to bed Sunday night, Boyd would tell that the actor’s wife got up and left the house to run errands about 10.30am – believing her husband of three years was still asleep. That very act would imply that the couple had by now taken to sleeping in separate rooms, especially given the fact that she did not return to the room the actor was sleeping in upon returning from errands.

It wasn’t until an assistant, worried when Williams hadn’t woken by 11.45am, broke into the actor’s bedroom.

Boyd would tell that the assistant would come to find Williams clothed, in a seated position with a belt around his neck.

Boyd would also tell that the actor had several superficial cuts on the inside of his left wrist. A pocket knife with what appeared to be dried blood was discovered nearby. Implying that the actor had perhaps attempted to slit his wrists first before taking to asphyxiation with a belt instead.

Told Boyd: ‘The inside of Mr. Williams’ left wrist had several acute superficial transverse cuts. A pocket knife with a closed blade was located in close proximity to Mr. Williams,’

‘A forensic examination did not reveal any injuries indicating Mr. Williams had been in a struggle or physical altercation prior to him being located deceased.’

Asked if the actor had left a suicide note, authorities would decline to comment on the matter, though TMZ reports that his family don’t believe he left behind anything explaining his actions.

Police also wouldn’t discuss the circumstances under which Williams and his wife went to bed in separate rooms.

The actor’s  suicide comes after decades of battling depression and alcohol and drug addiction. He was also facing significant financial pressures and admitted he was selling a $35 million estate in Napa because he could no longer afford it.

Recent images of the actor and discussions with neighbors of the actor would paint a man withered and in the midst of personal turmoil, who had increasingly had begun to appear weathered, haggard and withdrawn, perhaps the effects of heightened drinking.

The longtime resident of the secluded community where Williams lived has exclusively told that Williams appeared downtrodden – especially compared to the up-beat family man who moved into the Tiburon, California, mansion years ago.

Told the actor’s neighbor via the dailymail: ‘The last time I saw Robin was over the weekend, we would catch up on the street, just casual.

‘He was very drawn and thin, he did not look like the Robin who first moved into this community many years ago.

‘He was a shell of himself, exhausted and not in the best spirits, but still the nice guy I had always known. There seemed to be something on his mind.

‘He was not at all like his stage persona, that was not the Robin I knew. He was more quiet and down-to-earth, not over-the-top like he was in the movies. He listened well.

‘He was often quiet and very private.

‘The last time I saw him he seemed to be in a bad place emotionally.’