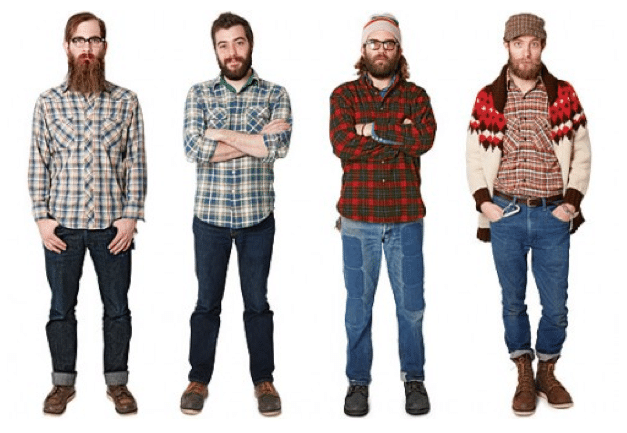 A new study courtesy of the Proceedings of the National Academy of Sciences Harvard University argues there is a scientific reason why certain individuals bond and why others don’t.

Which raises the question- then how is it that so many hipsters adopt similar sensibilities as other hipsters? Essentially it’s because all of you are swooning to similar aesthetics in the dungeon of your bedroom only to be gratified when you run into similar affected morsels in the street. That’s the part when you put your skate boards and no brake bycicles away and start paying attention to each other.

Still confused? Then let’s have a Phd explain it to you:

msnbc: Kevin Lewis, lead study researcher and a Ph.D. candidate in sociology at Harvard, explains the science of why you’re a hipster: “The meaning of an indie/alternative taste rests not just in the taste itself—but also in being the only one among one’s friendship circle that expresses it,” he says. “If I like The Decemberists, and suddenly my friends start liking them too, suddenly I’m no longer socially distinctive. So this taste loses much of its appeal and I will run off in search of some new band to express my ‘hip’ identity.”

So in essence it’s about distinguishing yourself and relating to other individuals who have also distinguished themselves, until a whole bunch of you who have all distinguished themselves with the same tendencies all move into the same neighborhood and begin living your ironic existences collectively, until even new members flock to the group and you once again pull away to something else that rocks your boat- thus ensuring a continuous cycle of being cool and ironic.

Can it actually be true? Hipsters are now attending church in South Williamsburg.

How the Ipad killed the hipster.