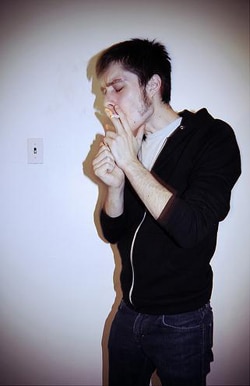 When being a useless ironic layabout is starting to lose its edge.

Anyone gone for a long leisurely walk up and around Bedford Avenue or Driggs lately? Noticed something different? Noticed less ironic people staring at reflections of themselves in the window, flicking through myopic art books at second hand book stores, longingly sniffing at imported cheese? You know why this is the case? We’ll tell you why- there’s a rumor that hipsters getting fed up with their ironical lives and are slowly considering making the switch to productive members of society.

At one stage it used to be de rigueur to spend hundreds of thousands of dollars on a degree you had no intention of ever using (hence the irony) but just name dropping (hence the attitude…) , grow long whiskers instead of sideburns, pierce your nipples and read William Burrows longingly deep into the night. And for a while that worked. There were a lot of happy ironic people who got off more on the theory of life as opposed to living it- so they all moved en masse to Williamsburg to protest and to find each other.

But now things aren’t going the way the hipsters had envisaged things ought to be going, instead of being respected and admired for being counter culture, hipsters are despised by all sectors of the local population, from the Poles, the Peurto Ricans and Dominics and especially the Hasidic jews who turn their head away whenever a hipster looks at them in an ironic way.

Sensing that society is going against them hipsters are reconsidering their life value and worth. With rumors persisting that they might actually look for a job other than that of runway model, starving writer /artist and dope head there has been a slight lilt in the neighborhood. How long can this last no can be sure but we wouldn’t be surprised the same way the children of the flower generation otherwise known as hippies gave up and all moved to the Upper east side and became corporate lawyers and private equity salesmen.