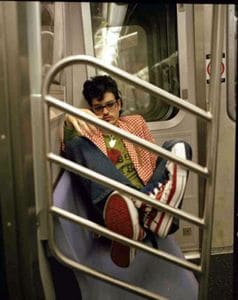 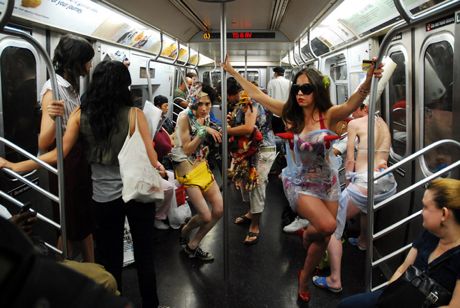 It was once remarked the L train that runs between 8th ave and 14th st Manhattan and as far Canarsie, Brooklyn is a cesspool for all those belligerent enough to believe that they deserve a birth in NYC. At least that’s what the gaunt guy in his mid 20’s reeking of Pabst beer and an untethered gold facial hair was explaining to the other 3 faux rocker look alikes who were grappling with their existential ennui. As they marveled in their realization one of them tripped on the Mickey Mouse vinyl backpack they were using to prop them up. No one bothered to budge or even glance twice- to have done so would have betrayed one’s indifference to the vermin that make this daily trek. Instead the glitterati that were conspicuously waiting for the train to arrive on the 6th ave platform just stood there partially engrossed by the smell of urine, designer perfume and tofu dim sums that occasionally wafted from the breath of some odd random passer by.

One time while I waited for the L train at the Bedford Avenue stop, which is the L train’s first stop in Brooklyn and the official home of $4 caffe lattes, renegade financially kept adolescents and what I have been told bountiful irony, a motley crew of 20 somethings decked in what one could confuse for romantic 60’s attire if they were in a good mood had congregated at one end of the platform with various musical instruments, which included a banjo, a harmonica, saxaphone and an electric guitar hooked up to a rotting amplifier and a make shift drum set that resembled a turned upside down blue bucket. On closer inspection it turned out that the blue bucket was indeed a bucket, albeit a dented one, but that hadn’t dissuaded the young congregation that by now were wailing to a collage of music that came close to approximating Woody Guthrie had he ever done speed. 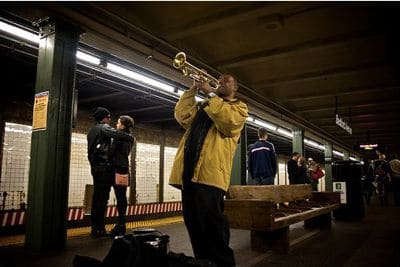 By now a crowd of curious bystanders were clapping and applauding the group who played harder and with increasing zeal the more they clapped. The police officer who sat in his booth didn’t flinch, perhaps too acclimated by the daily ritual that makes Bedford avenue a makeshift stage for hilarious antics and the exasperated attempts at liberation by those who lived there who normally worked straight vanilla jobs during the day. It’s true at one stage one could expect to live a languorous life as an imported artiste in residence and leisure, but those days by now had long been displaced by the realization that a steady job would be needed to pay for the escalating rents, the almost forgotten student loans and the preferred lifestyles of the adolescent bobo(bohemian bourgeoisie). Such are the inconveniences of adulthood. 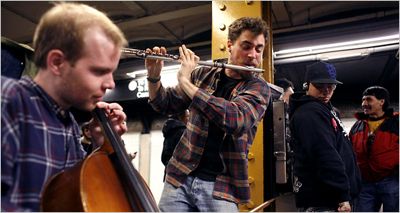