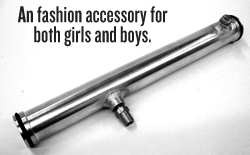 Adventures in the basement.

For those of who are looking for a new fix can we suggest an introduction to the last crack hipster. Admittedly, the drug is somewhat out of vogue but thankfully for us he is still persevering-

The Last Crack Hipster looks a bit like a raccoon, but not in a bad way. He’s a shower man, prefers the spray to the soak, has an iPhone and a serious girlfriend. Grew up out West. His parents aren’t millionaires, but if he’s in a tight spot, they’ll help him out.

So that’s good to know, when he’s in a tight spot more crack is always just around the corner.

Ok, but let’s get to the important stuff- how does one actually smash their brain cells with it?

When you’re smoking crack, ideally you want to keep the flame on the crack and away from the Chore Boy: You want the rock to heat up and cook down into it. It starts to melt and then it slides down and that’s when you go boom and level it out so it stays right at the screen. It’s right there bubbling and you’re not sucking like a cigarette or a joint; you’re basically like inhaling as little as you can. You just want to direct the flow into your mouth; you don’t want to suck the liquid down. Once the burning crack passes through the Chore Boy, it smokes as it cools. That’s the smoke that you want. Most people don’t seem to get that. It looks like the crack is gone, but you can kind of see it in there, in the Chore Boy, ideally it sits there and bubbles. The brown juice that drips down and looks like a film of motor oil on the side of the glass is the crack rock’s sweet nectar. People call it the Caviar. Taking someone else’s Caviar hit is uncool.

Does this remind anyone of a Martha Stewart vanilla pudding recipe rendition, except a little more toxic?

Ok, so now you know how to correctly imbibe the ‘product’ but how does that actually get me to be cool. Is there a special place I have to smoke, any particular hang out spot I can be seen doing the ‘shit?’

Well actually the last hipster doesn’t give it away but he does let you know who a significant force in the mash-up of graffiti artists, skaters, DJs, male models, slam poets, drug dealers, party promoters, T-shirt designers. Maybe you just worked the cash register at Supreme, but you could be a “lifestyle artist.” You could be an accountant by trade so long as you wore it right.  you can expect to come across when you finally come across nirvanna.

The article then goes on to give a remarkable account of how to purchase the necessary accouterments one will need in order to properly bake their cake and if inclined how to home bake the cake itself in the event you decide this is a pursuit that you want to have a stove pipe away.

“But yeah, obviously, most of these kids were in it to be cool or whatever, lightweights. Except for those who weren’t, who eventually fell off.”

Conversations with a Crack Whore.