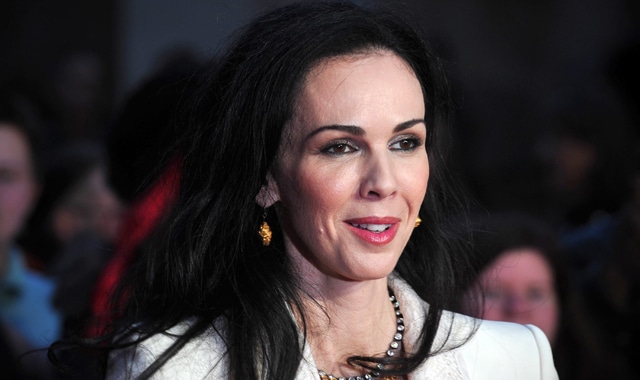 It is now being established one of the primary motives for the designer and long term girlfriend of famed rock n’roll idol, Mick Jagger, L’Wren Scott taking her life this morning was on account of staggering debts she had amassed.

The debts are said to have come as a result of failed business dealings and had recently seen the designer pull out of London Fashion week at the last minute.

At the time L’Wren Scott had blamed fabrics that had arrived too late for samples to be sewn in time for the show.

The former model, proud and redolent that she could pave her own her way is said to have always refused financial help from Mick Jagger, despite  hemorraging cash.

The issues surrounding her company, which was incorporated in July 2006, are the real reason she called off her show, a source said, as she could not even afford to put on the fashion show.

Records show that Scott’s apartment was bought for $5.6million in 2010 by a holding company called Scottland Management. A 2012 mortgage for $1.25million was paid off last year. It is not understood if the designer had paid the outstanding loan or whether she accepted help.

Nevertheless despite losing money on her own line, L’Wren Scott had managed to secure a collaboration with Banana Republic for her own spin-off collection and was feted at a star-studded bash at Chateau Marmont in West Hollywood in November.

A fashion source told that for her Banana Republic collection, Scott was probably paid something in the region of $250,000. Still far too shy to close the gap of her own reality and that of the way the world had perceived her.

And then there was this ominous briefing via a source: A fashion source said: ‘L’Wren was in a lot of financial trouble. She was unable to pay her staff and her suppliers and it had been going on for a very long period of time.

‘She wanted so badly for things to be a success. Whereas she got her outfits on a number of high profile people, the clothes were not a commercial hit and didn’t fly off the shelves. It was a huge burden on her and she didn’t want to fail.’

‘Everyone was very much left wondering why she didn’t ask Mick for help. But she didn’t. Things were left a long time and she spent the past few months struggling to pay the vast amount of her out goings. It was a tragic situation and she kept it from everyone.’

‘Her staff expected the company to go under and her fabric suppliers and tailors were close to ending their working relationship. The bills just weren’t getting paid.’

The source added that L’Wren Scott was ‘embarrassed’ by her financial failures.

Many have since speculated on the web that Mick Jagger had no idea of the degree of debt his girlfriend had incurred whilst others wondered if he had offered her help but only conditions that he agreed to, something not uncommon in any commercial transaction. It is not known whether the designer had in recent months had been able to find stores to showcase her wares as most of her designs were invariably sold online, failing to attain commercial success akin to the high pedigree show business folk that she had styled and designed for in the past. Something that may have rubbed on the self go getter, L’Wren Scott more than we could possibly imagine.