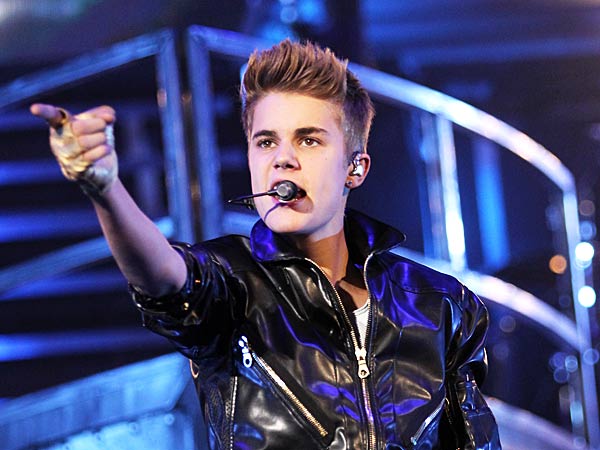 Justin Bieber has now found himself embroiled in a new controversy (is that part and parcel of being a media hero?) after high brow Austrian nightclub, Vienna’s ‘Passage’ permanently banned the teen star after his bodyguards went about smashing cameras of fans over the weekend.

Told club manager Joachim Bankel via the the Austrian Times:

The ban is the latest of setbacks for the teen who has begun to make a habit of making it in the media not necessarily because of his singing prowess but rather as a result of his off stage behavior.

The ban follows an incident which saw the performer causing a ruckus after attempting to bring his pet monkey on board a flight (I know who can live without their pet monkey?) and striking a photographer during a stint in London.

Other incidents which have served to sully (or intensify?) the performer’s image includes an episode where he also attempted to bring an underage entourage with him to London’s Cirque Du Soir to celebrate his birthday. Biebs at the time went on to say that ‘it was the worst birthday ever.’

The UK’s dailymail also goes on to reveal an episode that took place in February of this year when he was snubbed by Manchester nightclub Sankeys as they didn’t want him to tarnish their edgy image.

Sankeys posted on Twitter at the time: ‘Yes the rumours are true, we turned Justin Bieber away. He shuffles on stage and we can’t be having that in Sankeys now can we!’

Adding to Biebs woes, is the fact that he is now facing criminal charges after for allegedly spitting on and threatening his neighbour after a  fellow resident at his posh Calabasas gated community with respect to Bieb’s purportedly reckless driving behavior.

The above also comes off the back of a tumultuous on and off relationship with fellow teen performer with Selena Gomez who accused the singer of cheating with other women, especially after images surfaced with him cavorting with Victoria’s Secret models and rumors that he had been serviced by a young nursing student at a local Los Angeles hotel.

Told our collective hero to US Weekly recently:

‘The biggest misconception about me is that I’m a bad person, ‘I get upset about that. I have a big heart. I want to be a good role model, but some people want me to fail.’

‘I’m young and I make mistakes. That’s part of growing up,’ he said, referring to when he walked shirtless in London as well as when he wore a gas mask.

Of course the question now is if it’s just the teenager acting out his rebellious ways as most teens are wanting to do but with the constraint of having to do so in a media hungry landscape or if on some level the teen has begun to believe his own infallibility as he goes on from one snafus to the other? Then again it could all be part of a larger strategy to keep our collective hero relevant, ever present and you spending your hard earned cash….’

And this is Justin Bieber groping a fan in Miami.

Justin Bieber got dumped by Selena Gomez because he got stoned again and had sex with a nursing student.

Selena Gomez storms out on Justin Bieber. Tells press nothing!

Oh really?! Justin Bieber nearly got himself murdered and castrated.

Oh really? This is Justin Bieber flexing his muscles via twitter.

This is Justin Bieber wearing trash overalls to meet the Prime Minister of Canada, Stephen Harper.

Justin Bieber causes traffic jam to tell off paparazzo whilst driving his Ferrari.

Justin Bieber and Selena Gomez dinner date leads to him being ditched after ten minutes.

Justin Bieber not sure whether to go back to Selena Gomez or bang Victoria Secret models.

Justin Bieber got his marching orders from Selena Gomez last week. Too immature…