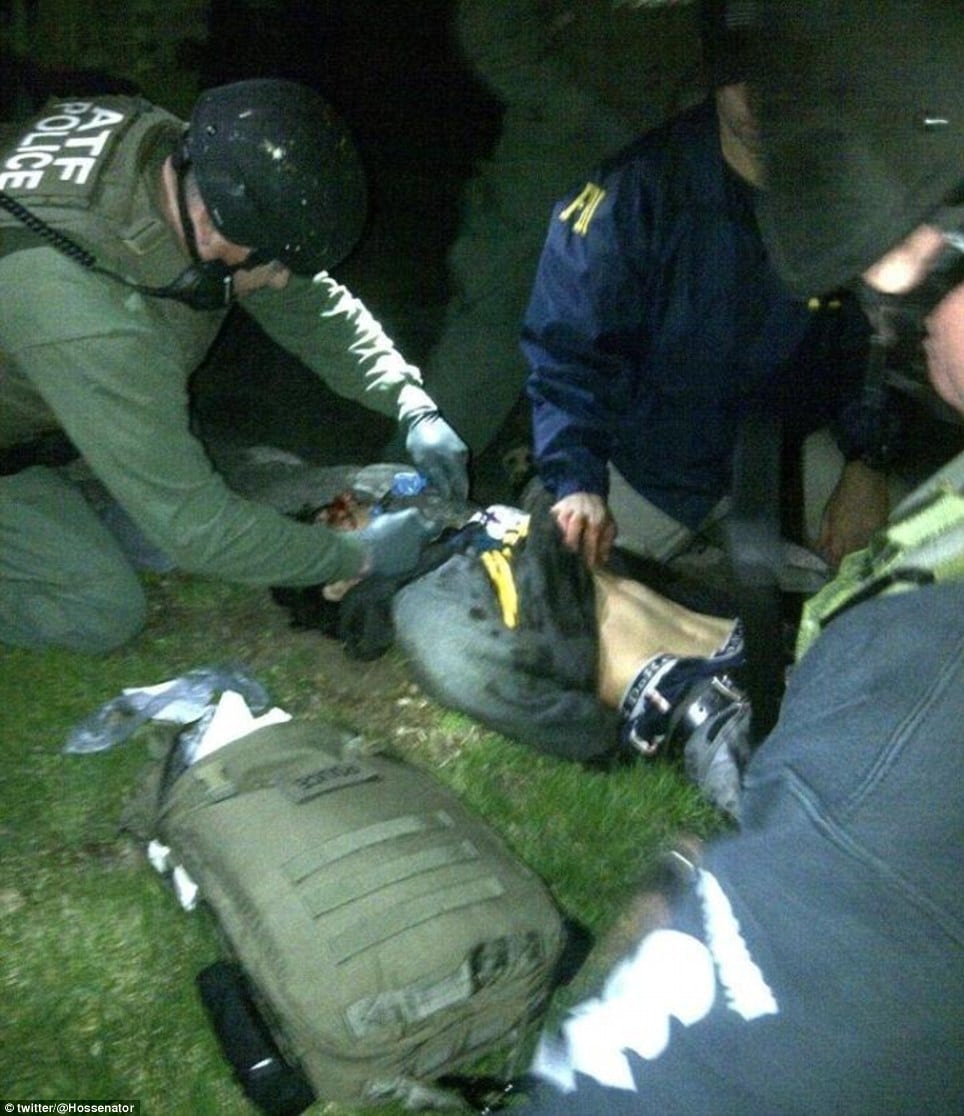 Dzhokhar Tsarnaev, the Boston Marathon Bombing suspect who managed to have the city of Boston on lockdown alert not once this week but twice was last night apprehended by authorities after a manhunt that had not only the city cautiously waiting but that of the world.

Found cowering inside his own pool of blood under a tarpaulin at the bottom of a resident’s boat, Dzhokhar Tsarnaev’s capture finally bought an end to the terror that this seemingly quaint and charming city could never imagined itself subjected to at the beginning of this week before Monday afternoon’s bomb blast that left 3 dead, 170 injured, 20 critically and a nation anxiously reeling in anxiety in the face of new terrorist acts.

The pandemonium once again then went into overdrive Thursday afternoon after authorities released images of what it believed to be chief suspects in the Boston Marathon bombing which led to an avalanche of social media forums hypothesizing if these two were actually the culprits who had brought the city of Boston to its knees.

It was not long however that the brothers gave away their hand after a hold up at a 7-Eleven then led to a shoot out on MIT campus that saw one grounds police officer shot dead, a car jacking and a subsequent explosive car chase between the brothers and authorities. It is reported in the exchange of fire that followed up to 200 rounds of ammunition followed. Eventually the elder brother, 26 year old Tamerlan Tsarnaev (he would go on to die of his wounds in custody) was apprehended whilst 19 year old Dzhokhar Tsarnaev managed to escape the scene armed to the tethers with ammunitions and explosives, once again forcing the city in an eerie nervous state of mind as it contemplated the suspect’s next move. 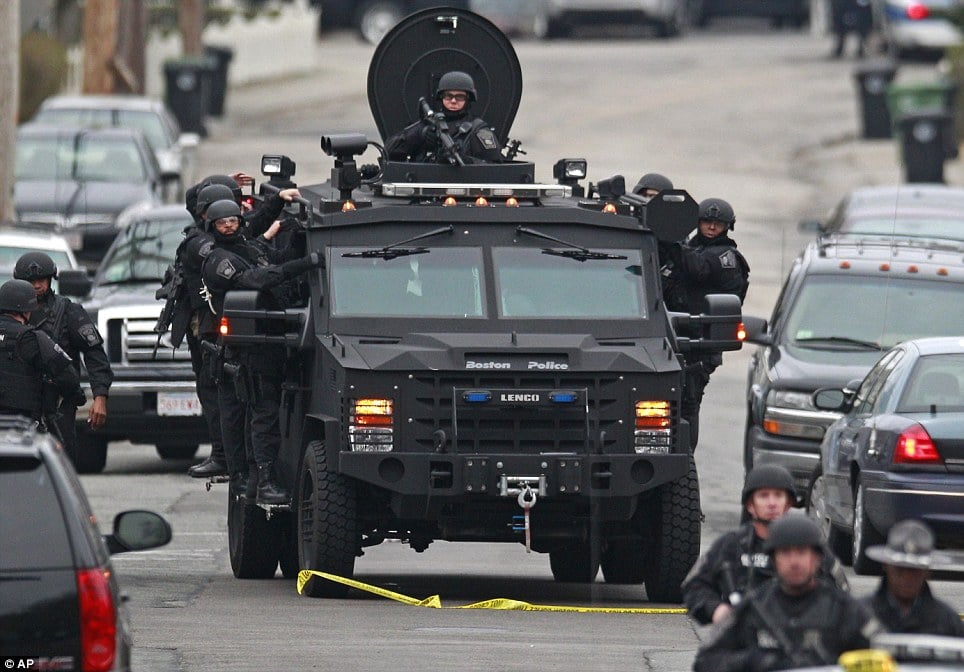 Yet it was not to be as one resident, David Hanneberry of 67 Franklin St in the Boston suburb of Watertown took to taking a moment out (only after a city imposed curfew was relaxed) and having a cigarette in their backyard when they came across the unhinged tarpaulin of his stationed boat. Checking to see what was wrong, it was only then that he came across the visage of Dzhokhar Tsarnaev curled-up inside covered in blood.

From there David Hanneberry immediately returned inside and called authorities who then dispatched a helicopter which used thermal imaging to confirm there was a person inside the boat.

Within minutes police, ATF, SWAT and K-9 units had descended upon 67 Franklin Street and engaged Tsarnaev in a vicious gun battle – over 40 shots rang out in the quiet suburban neighborhood.

By now at last apprehended and covered in his own blood and in serious disrepair the young assailant was thus rushed to Beth Israel Deaconess Medical Center.

Unconfirmed reports suggest that Dzhokhar A. Tsarnaev  was shot twice by law enforcement in the terrific gun battle which raged until his capture at approximately 8.45 p.m. 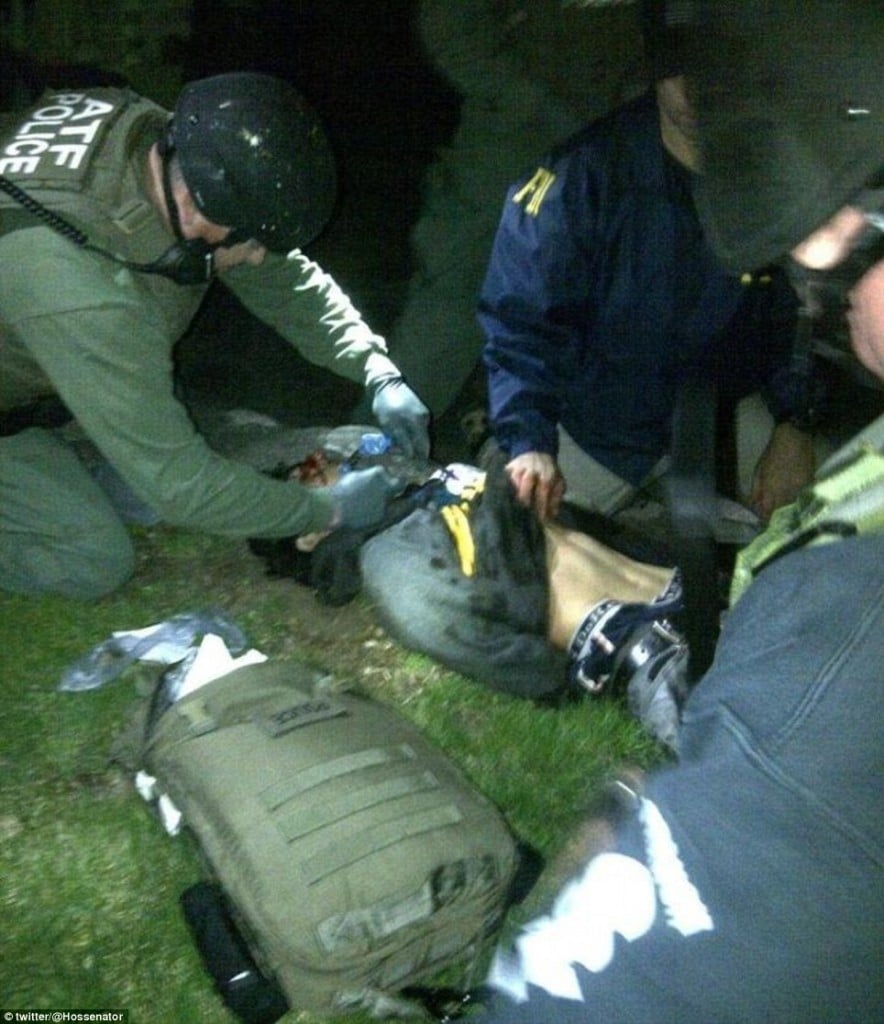 What followed next could hardly betray the degree of relief and the deep strain the city had experienced as thousands of police officers and local residents then began to loudly applaud and cheer as Dzhokhar Tsarnaev was led away.
In the first time in 5 days the residents of Boston could once again go about their tasks of business without the impending fear that they risked being caught in the crossfire of a merciless energy besotten with the intention of harm and terror.

Tweeted a relieved Boston police commissioner Ed Davis who by now was feeling the pressure not just from locals but the media as well to find the assailant: ‘It’s a proud day to be a Boston police officer. Thank you all.’

Tweeted the Boston Police Department itself: ‘CAPTURED!!! The hunt is over. The search is done. The terror is over. And justice has won.’ 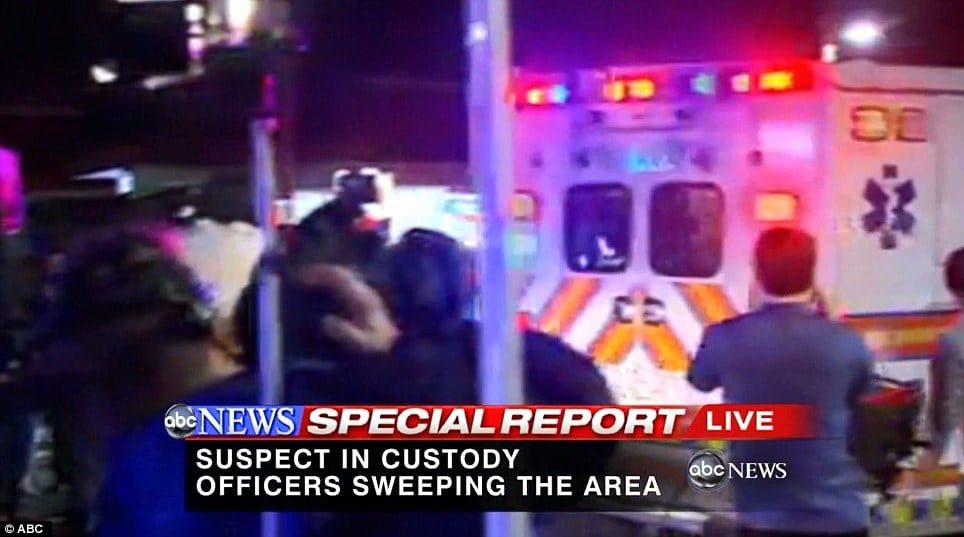 And in some ways justice had won, after all wasn’t that was at stake? Yet some might wonder if justice was really served as three individuals lost their lives, many critically injured and in the days after the attack the careless naming of potential subjects at the hands of authorities and media outlets in some way served to sully the intent of the cause as issues of minority profiling once again came into play.

One could even also wonder if the suspects themselves were necessarily offered a measure of civil jurisprudence as the releasing of their images to the media in many ways served to make them instant assailants, this before authorities could necessarily show that they had a case against them. In the end the violent clash that followed later that evening after the release of their images only served to convince many that indeed they were indeed the assailants the public sought, but at what cost to life, safety and civil harmony?

That means that the suspect will be questioned immediately without having his rights read to him. Something that perhaps ought to have the public at large somewhat concerned if ultimately the idea of justice is why it fought so vigilantly to bring the perceived wrong doers to justice.

Perhaps even more disparagingly Republican Senators John McCain and Lindsey Graham have since gone on to call for Tsarnaev to be held as an enemy combatant. All this without due process which shows that the suspect was indeed the culprit behind Monday’s bombing. Or could this all be an overzealous attempt to placate an anxious saturated public who courtesy of the media have been sufficiently riled up since Monday’s events?

‘In this day of instant reporting, tweets, and blogs, there is a temptation to latch onto any bit of information, sometimes to jump to conclusions, but when a tragedy like this happens, with the public safety at risk and the stakes so high, it important to do this right.’

But is this really all right and what risks are we willing to entertain if we now do away without the rights of those who we call suspects? Is this what we really mean by justice, no matter the real likelihood that the suspect in the end is the culprit or part of a wider collective responsible for Monday’s atrocious acts?

Reflected alternetorg: The city where the American Revolution began its fight against governmental overreach surrendered to the most outsized and disproportionate display of paramilitary policing in America in decades. One must ask if the manhunt that shut down an entire city to catch one 19-year-old on the run—who was found hiding and cowering in a backyard—did more to terrorize Bostonians than the attack on the Boston marathon itself.

For now the city of Boston and by extension most of America can once again bask in the notion that it is once again safe even if the reality may well be that it has willfully swapped one notion of safety and justice for a far more nebulous and strained version of safety and justice. Then again at least we all got the amazing car chase and hero’s welcome that we were all waiting for and then some… 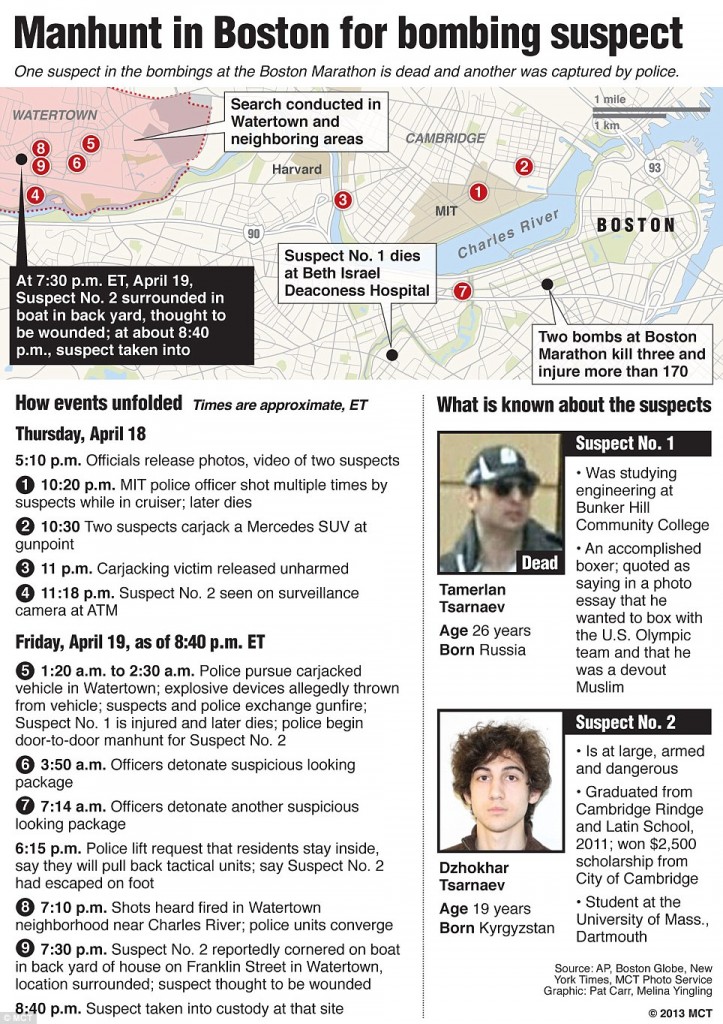 Above image via UK’s dailymail.