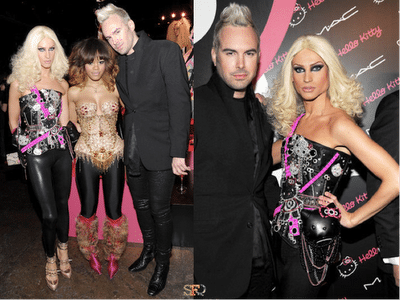 The Blonds in case you don’t know it have given new meaning to the term, ‘blondes always have fun’. A staple fashion design team of glamour circus acts (please you know you gush when them bitches give you front row privileges) the duo are more octane and theatrics then the boys and gals they have strutting on their behalf along the fashion planks. But that exactly is their draw? If you’re going to encourage children to dress like Peter Pan gone night wild on blow and discorama you better look the part and more yourself.

vogueitalia : Their name’s The Blonds New York, but their clothes are not just for blondes. The brand can count on a string of affectionate celebrity clients such asRihanna, Minnie Driver, Katy Perry, Beyoncé andDita Von Teese. All brunettes. But also on Britney Spears and Kate Bosworth. In short: the brand is a big hit.

They are David and Phillipe Blonds, the “stage name” for Trujillo and Rolano that have been together since 2004 when they set up a single, super-blonde label. The designer duo, endowed with an overwhelming and versatile creativity, are capable of ranging from dark mood ensembles with gothic accents – like those sent down the runways in 2008 – to, a year later, sequinned mini-dresses worn by glossy Barbie dolls.

Kids- are you foaming from the deepest recesses of your guts? Barbie dolls, please who still doesn’t play with their barbie dolls anymore- and even best who doesn’t have more fun when you get to mash and smash them on the dance floor. Which reminds us – next time you are trolling a charity circuit, a disco ball or just the back valleys of the West Village think and gush for the fact that if it wasn’t for the blondes you too really could never have found the courage to don a wig, a waxing pad and the stellar smile of a celebrity diaspora that would one day put you in the all time high jinks leagues of Fashion WhoreDom. You David and Phillipe definitely earned this one. If only we could all be blond ditzs…alas. 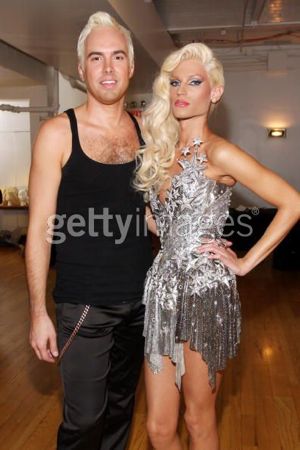