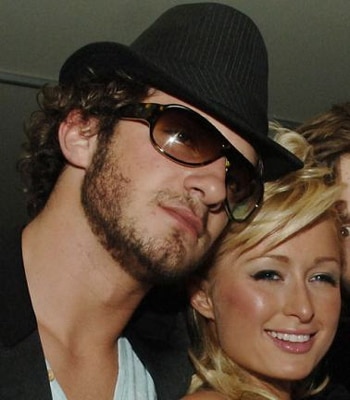 If money, and lots of it turn you on – then, it’s time to meet our number 4– Mr Stavros Niarchos who specializes in heiresses and super models, and the occasional fling thing in between.

Mr Niarchos a strapping lad and conveniently an heir to a shipping fortune himself has of late made NYC his bastion where he too likes to make the social rounds, hunting for the good things that make a man well rounded.

According to one nameless attendee who made it on his wall of conquests- ‘he was a great fxxk.’ The dreamy grin on her face lasting a bit too long even for our tastes.

His rotisserie has included Parasite Hilton, Lindsay Lohan, one of the Olsen twins, currently involved with Australian supermodel Jess Hart (for how long to come is anyone’s guess) and as a member of unofficial Greek royalty gets to hang out with other unofficial members of royalty such as unofficial French royal –Vladimir Restoin-Roitfeld, son of recently retired French editrix Carrine Roitfield.

In other words if you have been paying attention, this bitch wont even look at you sideways unless you happen to be royalty, officially or unofficially. One thing is for sure though, the more of you high prized ponies (yes you know which ones you are…) salivate for him, the more of all you pseudo show ponies want in- but that’s women’s nature for you- always wanting other women’s conquests, figuring if it’s good for them, it must be darn good for them too. And Stavros Niarchos is tre yummy.

That said, we imagine had we the good fortune of meeting Mr Niarchos (who happens to have an impeccable education and a fondness for the trophies that gather dust along the sidewalk ) in person we’d be sure to praise his charm and impeccable taste in the finer aspect of life and if given half a chance we’re sure Mr Niarchos would get down on one knee and recite Homer’s Illyiad for us. Something we’ll probably pass up on, but something our dears you should jump on should this movie star lad of unofficial royalty ever look your way. For now we’ll let Jess the supermodel tame this unofficial God’s heart. Oh the goose pimpless Jess…