Gracing our coveted list at number 6 is the visage of full time bon vivant, socialite, and scandal blogger/editor at large – Mr Peter Davis.

A favorite mainstay on the merry go round called -‘let’s all be show ponies for the cameras,’ Mr Davis is frankly as hot them bitches come. Steeped in manners (unlike others we know…blah), grace, good form, a modicum of charisma and even the ability to think and write- a challenge that we wouldn’t necessarily want to bestow on all this list’s heroes, but with Peter you know you’re just not getting a pretty face (yes I know you bitches just want to rub yourselves in his pretty cheekbones) but also a somewhat enlightened mind- which can’t be too bad a thing as we approach the end of 2010 and the new year.

Of course like all hot boys, Peter comes with his own scandal, albeit- indirectly- his interesting liason with bad boy ingrate and social pretender (alas) Paul Johnson Calderon and of late his fastidious ‘friendship’ with man scandal about town Mr Kristian Laliberte who also happens to be a ‘male socialite’ (yes the interns are feinting as we type these very words) and a writer of sorts.

A favorite of society, having the good fortune of being born into privilege and of course meticulous dress sense Mr Davis in our opinion will one day make one young man very very love sick. Oh my…

Peter Davis: ‘Better to be mugged than to be murdered.’ 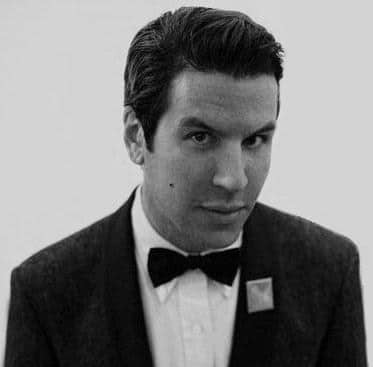