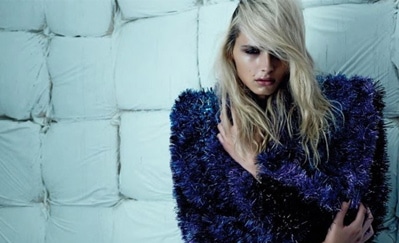 Making it number one on our list is international male model all the way from the shores of down under Australia, and soon to be omnipresent Marc Jacobs campaign boy effeminate transgressor Andrej Pejic.

Says the Bosnian originating androgynous male model: ‘At the start photographers really tried to work against my look, they tried to make me look more masculine.

‘Now, though, they do play around with it a lot more and embrace and try to accentuate the feminine and I am completely comfortable with that.’

Which is to say, this soon to be NY mainstay courtesy of Marc Jacobs will serve to reposition what sexuality and hot really mean anymore, to the point of obscurity. In essence what you will be salivating to want be the affirmative qualities of masculinity, but rather its feminine virtues- for if one is to succeed at being macho, one also needs to succeed at being feminine as well.

He was discovered by the Matthew Anderson, director of Chadwick Models in Melbourne. “His beauty,” Anderson told the Sydney Morning Herald, “was extraordinary. He’s also intelligent and it’s amazing, really, that he’s just so comfortable in his own skin.’

In a world where male models tend to look buff and brawny rather than slight and slender, Anderson wasn’t sure the world was ready for such, well, prettiness.

“I may as well push it to the limits,” he told WWD back in June. “I wouldn’t dress this way if I didn’t have fun with it.”

Ladies and gentlemen as we head into the new year have fun with your sexuality, sex and the thing called seduction which is the distance between actually having sex and the desire or suggestion steaming from your minds. For our books we’re putting our money on Andrej as the soon to be hottest man in NYC for 2011. Funny, it wasn’t long ago that boys and girl’s were flocking to David Bowie‘s androgynous alter ego Ziggy Stardust in the early 1970’s…and one assumes once again, here in NYC. 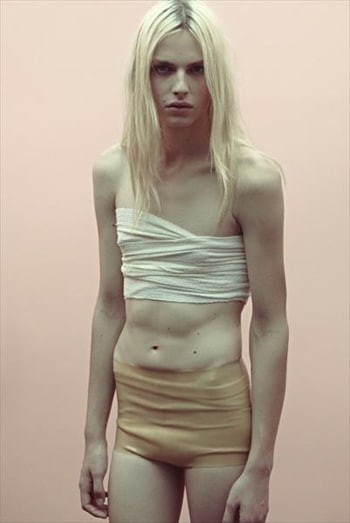