Next on our list comes one of our personal come hither acting virtuouso – Mr James Franco- otherwise known as your hot slut for the taking at the coveted position of number 3.

The mere act of enunciating Jame’s name has us busily reaching for the tissue box lest we have to tend to sudden urges. Urges that Mr Franco too had to reckon with as he acquaints himself with various character roles.

To date Mr Franco has stayed the course of being an actor’s actor and has avoided selling out (yet) in so much as he can hone his craft and by extension his valor, integrity and that thing that so many women go nuts for- his innocence.

While James isn’t gesticulating his soul on General Hospital which role he likens to calling ‘performance art’ as as opposed to what it is commonly known in the industry- ‘sell out’ he likes to paint, draw pictures, ruminate, contemplate the finer aspects of existentialism and day dream about 22 year old literary majors that ideally would appreciate the tender conflict blushing through his soul. Children, this one is a keeper. Take him home to mama, but please wipe those stains before she takes a good look at you.

James, you are as a hot as a bitch comes and we’ve definitely got our eye on you as your career and philandering is set to begin.

ARTISTS AND ALUMNI AT TISCH SCHOOL OF THE ARTS GALA HONOR BILLY CRYSTAL. 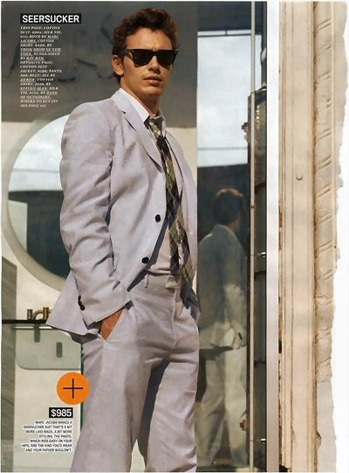