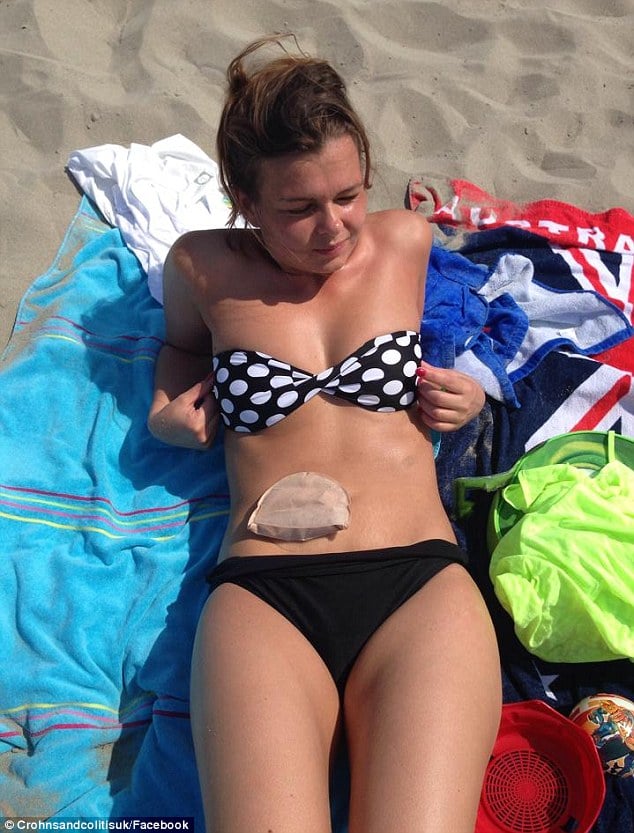 Ever since Bethany Townsend a 23 year old aspiring model and sufferer of Crohn’s disease dared to post a selfie of herself in her bikini along with her colostomy bag other sufferers of the disease have since become emboldened to share similar images on social media.

At first reticent and fearing potential humiliation the woman who at the time was on her honeymoon decided at the urging of her new husband to post images of herself with her colostomy bag clearly visible whilst she lounged in her bikini.

So receptive was the response after the images went on to be seen millions of times, Townsend would tell via the UK’s dailymail how she feels emboldened to seek out her career dream of being a model.

Offered Bethany Townsend at the time:  ‘I didn’t expect this kind of reaction at all,’

‘I’m just so glad that it’s brought about more awareness of Crohn’s disease and it’s made me feel so much more confident about the colostomy bags.

‘If I can inspire or help other people in my position to feel a little more comfortable in their own skin then I’m really happy.’

Who has also being inspired and refusing to be defined by their limitations are other sufferers of Crohn’s disease which affects the bowel system and causes the inflammation of the digestive system, affecting sufferer’s ability to digest food, absorb nutrients and eliminate waste.

The newly trending colostomy bag selfies have since been published on the Facebook page for Crohn’s and Colitis UK, using the campaign name #GetYourBellyOut and #myCCUKstory

Originally created by 4 women, the #GetYourBellyOut campaign has since seen viral attention to their cause. Involved were Sahara Fleetwood-Beresford, Victoria Marie, Lorna Haymes and Gem Willingham, who had asked for those living with Crohn’s disease and ulcerative colitis to take selfies and make a donation to Crohn’s and Colitis UK.

Told one sufferer, Vickie Morris about sharing a colostomy bag selfie whilst in her bikini:

‘Right I have been uploading holiday pics but held back on one! Why?’ Morris wrote on Facebook. ‘I don’t know because I thought people wouldn’t approve! today I had a response and though F^*k you! I always bang on about ‘support my cause’ and ‘raise awareness’ so what better way than to bare all…so here it goes!

At present it seems there is no slowdown in the new social media trend in gaining strength as a whole slew of sufferers have taken to challenging perceptions of their illness and their ability to not be defined by their limitations. 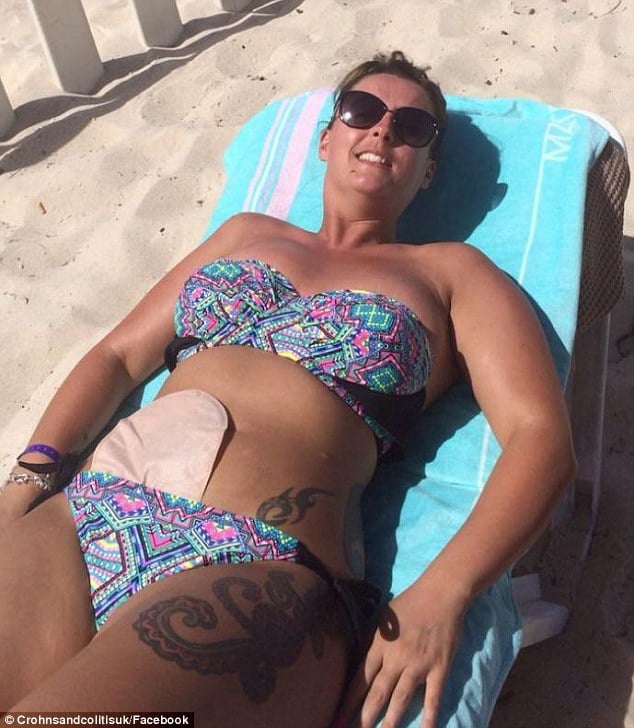 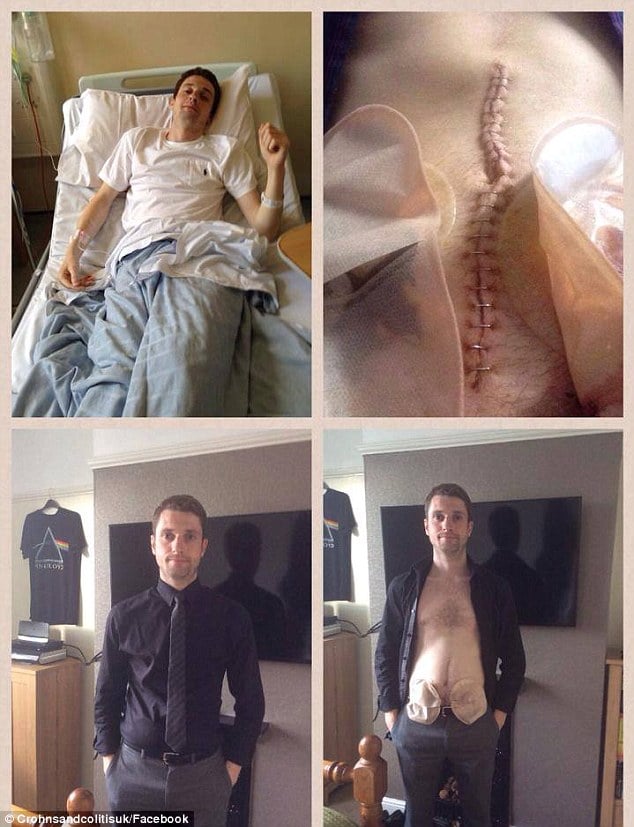