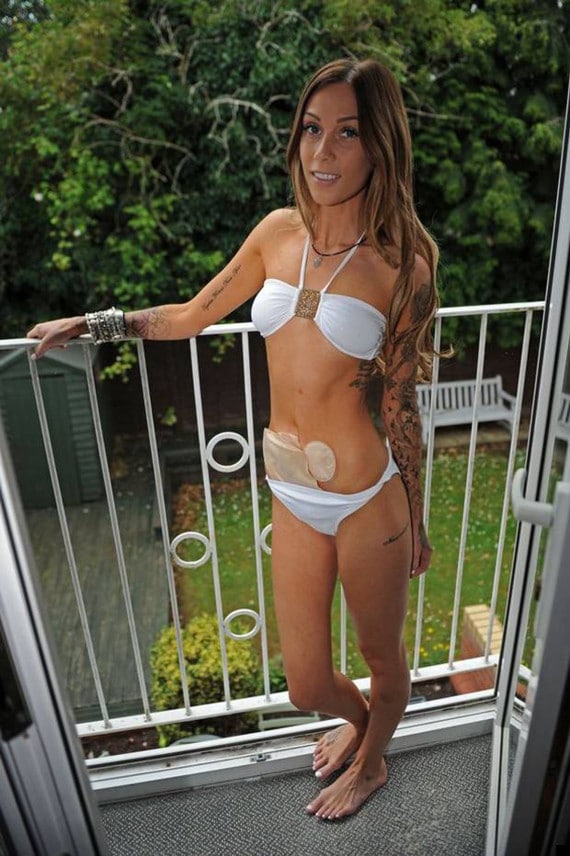 For most people suffering Crohn’s disease, the display of the accompanying colostomy bag is a badge of shame or ridicule but not so in the case of 23 year old Bethany Townsend of Worcester, the UK who would become an internet sensation after posing in a bikini whilst clutching her colostomy bag.

Since posting images of herself, the make up artist has served to draw attention to the disease whilst at the same time enabling the demystification of the inflammatory bowel disease that afflicts as many as 300K people in the UK and 700K people in the US.

The chief proponent of the mystery disease which doctors believe can be triggered by environmental incidents although is mostly inherited, involves the sufferer’s ability to digest food, absorb nutrients and eliminate waste.

In extreme situations, such as Bethany Townsend’s, it becomes necessary to remove the damaged section of the intestine and bring the healthy part out as a stoma – known as a colostomy.

To date the image of Bethany Townsend with her colostomy bag has led to it being seen more than 9 million times whilst also giving her courage to pursue her dream of becoming a model.

Told the aspiring model via the UK’s dailymail: ‘I didn’t expect this kind of reaction at all,’

‘I’m just so glad that it’s brought about more awareness of Crohn’s disease and it’s made me feel so much more confident about the colostomy bags.

‘If I can inspire or help other people in my position to feel a little more comfortable in their own skin then I’m really happy.

‘When I first had the bags fitted I was devastated – the reaction to this photo has really helped me accept them.’ 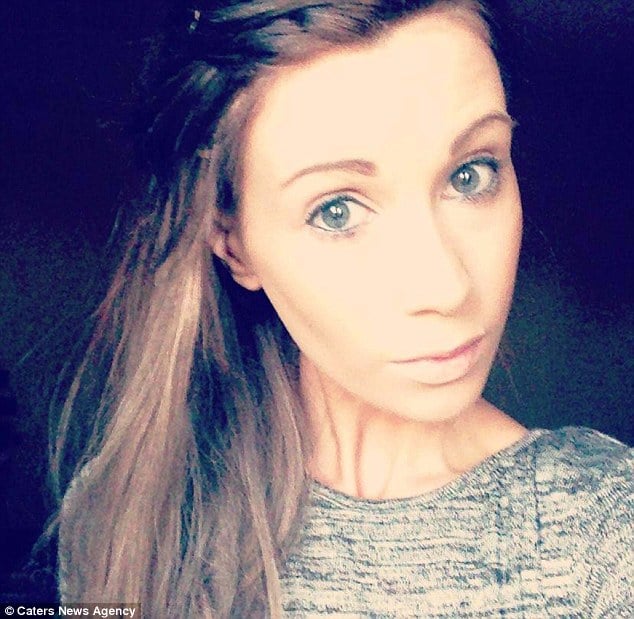 Bethany Townsend came to be fitted with colostomy bags in 2010 after being diagnosed with Crohn’s disease at the age of three.

A near tragic incident in 2010 nearly saw Townsend die when her bowel ruptured and since then, the make-up artist has been fitted with two colostomy bags.

Reiterated Townsend: ‘Growing up I’d had various surgeries to try and combat the Crohn’s.

‘I’d go in and have sections of my intestine cut out, but I’d only be in remission for a couple of weeks before it came back again.

‘Then, four years ago I woke up in the morning and couldn’t move because I was in so much agony.

‘I had to break a glass on the floor to alert my mum who called on ambulance.

‘When the paramedics came, they lifted up my top to see that my surgery scar had split open.

‘I was rushed to intensive care where they doctors told my family I would need more surgery as my intestines had become infected and inflamed again.

‘I had no idea when I woke up that I would have the bags.

‘When I first woke up and my mum told me about them I was just relieved as I’d thought I was going to die.

‘But when I came out of hospital and everything finally sunk in, I remember going upstairs into my bedroom and just bursting into tears.

‘I’d known a colostomy bag might have been an option but it was always something that I had wanted to avoid.

‘I had a really good cry that day, and since then I haven’t shed another tear – I’ve just got on with it I suppose.’ 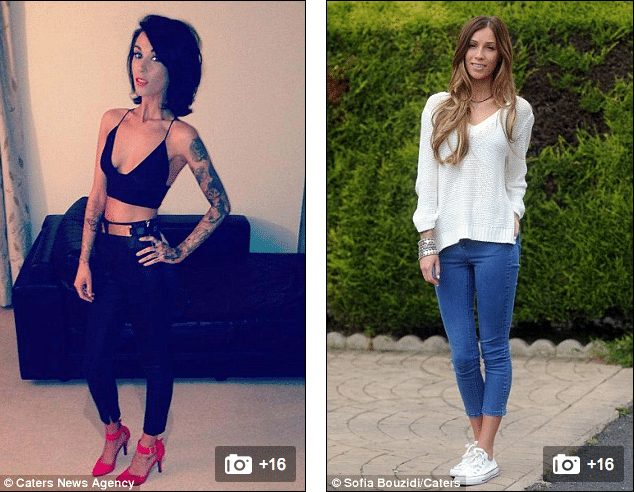 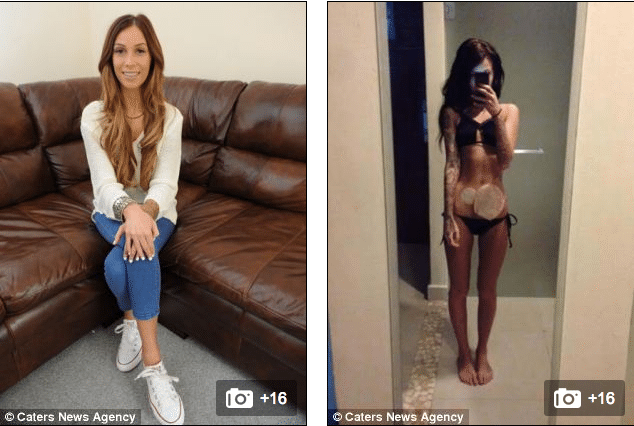 It was only after Bethay Townsend met and married her husband, Ian, 33,  that she finally felt ready to embrace the colostomy bags.

‘When I met Ian I showed him my bags straight away, but he didn’t bat an eye lid – I actually felt like I was over reacting,’ she said.

‘He taught me that there was more to me than the bags and would always encourage me to show off my figure.

‘I wasn’t sure, but in Mexico I finally realised he was right and decided to wear my bikini.

‘At first I was nervous and worried that people would stare but it was fine.

‘I realised that the colostomy bags didn’t control me or define who I am.

‘The staff at the hotel asked me about the bags on the last day of the holiday, but rather than being offended I was glad because it meant I could talk to them about Crohn’s and tell them what it is.

‘Ian’s always been my rock and supported me no matter what.

‘We’ve had a tough few years but I know he’ll always be there for me.’

It was six months after her honeymoon that Bethany decided to share her holiday photos with the world to raise awareness about Crohn’s disease.

She got in touch with Crohn’s and Colitis UK Facebook group to see if they would let her post something on their page.

‘I sent them the picture and my information, and it all blew up from there,’ she said. 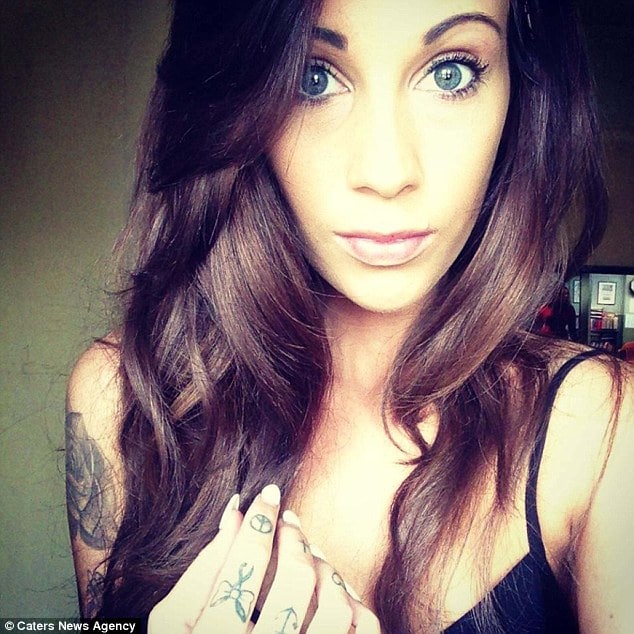 Although still afflicted with Crohn’s disease Bethany is optimistic that a cure may be on the way.

Offering: ‘Doctors had hoped that the colostomy bags would put an end to the Crohn’s but four weeks later it was back,’

‘I then underwent a stem cell transplant but unfortunately I caught MRSA of the skin and the blood and it nearly killed me twice.

‘Since then my Crohn’s has still been extremely active, I’ve lost more weight and now I’m waiting for the NHS to fund a drug that hasn’t really been in the UK.

‘If this doesn’t work a bowel transplant is in talks as I can’t have any more of my intestine out as I haven’t got much left.

‘But I’m still really hopeful and after everything I’ve been through I know I’m a strong person.’

Mrs Townsend is considering getting back into modelling – a career she gave up on after she was fitted with the bags.

‘I feel confident enough now to put myself out there and pursue modelling again,’ she said.

‘I did a little bit of work here and there before I had the colostomy bags, but once I had them fitted I thought that was the end of the dream.

‘I’m looking forward to chasing my goals, and I know now that nothing can hold me back.

‘I won’t let the Crohn’s control me anymore.’

And then there was this contemplation via thegloss that made me wonder: We should stop with the photoshopped versions of supposed ideal beauties and start embracing a wider definition of beauty.