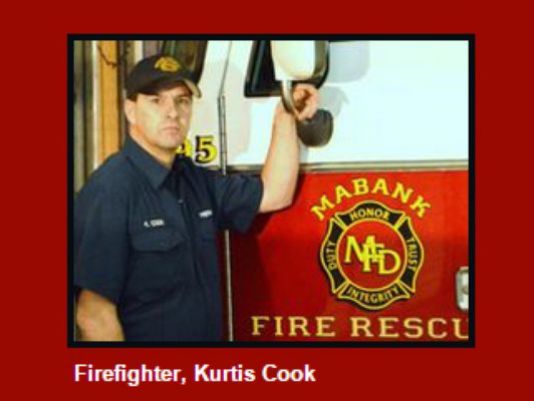 A comment left on Facebook praising the actions of Charleston shooting suspect, Dylann Storm Roof  has led to Kurtis Cook, a volunteer firefighter in Mabank, Texas being sacked.

The man’s Facebook post stated that Roof ‘…needs to be praised for the good deed he has done.’

The post would lead to one commentator, Elliot Brown encouraging those that were offended to call Mabank fire department and report the firefighter.

Wrote the Charlottesville, Va. resident: ‘Tell them their firefighter, Kurtis Cook, is making racist comments on Facebook and whatever else feels right to you. Be peaceful and kind even though his ignorance is hateful and angry.’

Soon after the comment came to be spotted on Thursday, Mabank Fire Department began an internal investigation which led to the outlet swiftly announcing that Kurtis Cook no longer worked at the fire department.

What do you think? Was the fire department out of line in firing an employee who was expressing an opinion? Evan an opinion that most of us would agree is mean spirited and highly distasteful? An opinion that came to be expressed outside of work …. 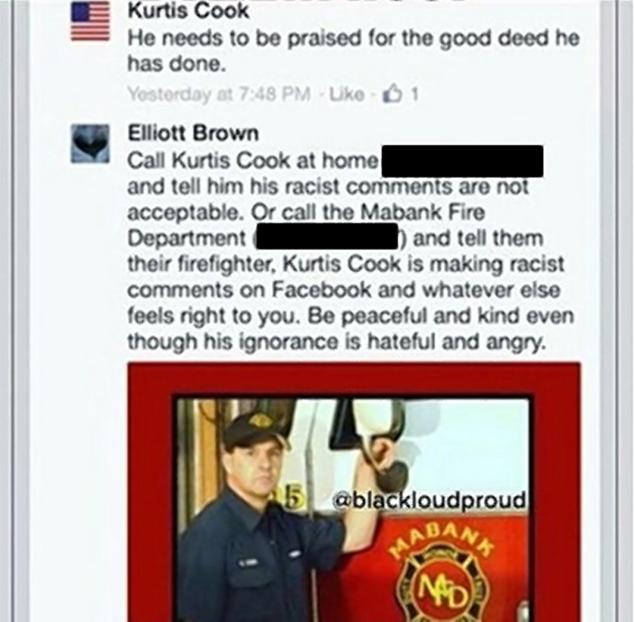