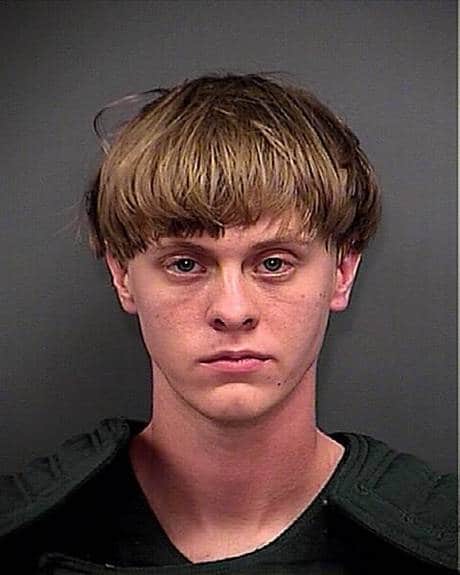 In the hours since his arrest, friends of Dylan Storm Roof have begun telling of the ominous pursuits that the aimless 21 Charleston shooter held and had openly shared. Pursuits and declarations that many had believed were the product of the killer’s dead pan humor and nothing they ever imagined Roof attempting to pull off. Until last night…

Offered roommate Dalton Tyler who had been introduced to Dylan Roof seven months prior and who had taken up living with him via ABC News: ‘He was big into segregation and other stuff. He said he wanted to start a civil war. He said he was going to do something like that and then kill himself.’

Tyler who had last seen Roof just over a week ago would also reveal knowing Roof had been planning something like the Charleston church attack ‘for six months.’

Propositions abetted by the fact that Roof had begun hanging around a local shopping mall and began asking a series of unsettling questions back in February which drew the attention of cops and his arrest after cops discovered controlled substances on his person.

Roof would be arrested yet again two months later at the same shopping mall after he was seen on the rooftop presumably scoping the area and as some have wondered taking notes for the carnage he sought to exact.

That said, despite Roof’s open admission that he was planning something, none of the loner’s few friends fathomed that Roof was actually serious.

Offered Christon Scriven via the nydailynews: ‘He flat out told us he was going to do this stuff,’

Adding ‘He’s weird. You don’t know when to take him seriously and when not to.’

Whilst others openly expressed wonder and surprise that Roof ever harbored desire to take actions against blacks.

Told high school friend, Antonio Metze, 19: ‘I never thought he’d do something like this,’

‘He had black friends.’

Adding: ‘He was pretty smart, though,‘

Whilst the mother of another friend, Kimberly Konzny offered: ‘I don’t know what was going through his head,’

‘He was a really sweet kid. He was quiet. He only had a few friends.’

Adding fissure would be the roommate’s statement that DylannRoof’s relationship with his parents was ‘on and off’, and whom had previously bought their son a gun but never allowed him to take it with him until this past week.

Yet perhaps one of the more chilling observations came from a childhood friend, Joseph Meek Jr.,with whom Roof had recently reconnected with, noting that Roof had frequently taken to railing about the Trayvon Martin case in recent weeks, along with complaining about black people ‘taking over the world’ and about the need for someone to do something about it for the sake of ‘the white race.’

Reiterated Meek JR: ‘That’s not the way it should be.’ But he kept talking about it.’

How police handle #DylannRoof who just killed 9 people vs how they handle a teenage girl at a pool party. America. pic.twitter.com/JCLzOL4WS2