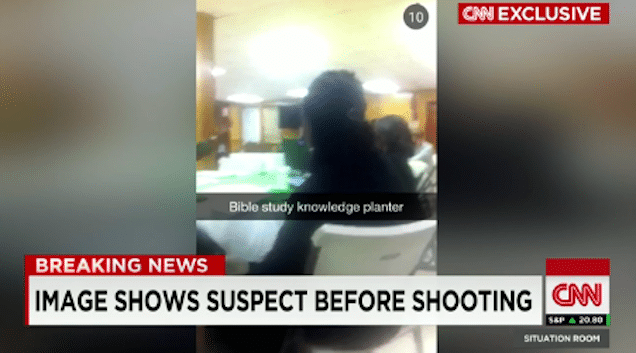 Video recorded on snapchat has documenting the minutes before Charleston shooting suspect Dylann Storm Roof yesterday evening gunned down 9 individuals, including the 26 year old individual, Tywanza Sanders who unwittingly recorded the scene before sharing it on snapchat, moments before bis very own shooting death.

Prior to the shooting, witnesses told how alleged Charleston shooter Dylann Roof spent an hour inside Emanuel A.M.E. Church interiors, listening in on bible studies before inflicting his lethal carnage to unsuspecting attendees.

According to CNN an individual sitting on the far right of the video screen has been identifed as Roof, as he non conspicuously sits on with the group almost certainly musing on the carnage he will shortly inflict.

Harrowingly the video would be taken by one of the victims, 26-year-old Tywanza Sanders, who posted the video to Snapchat app with the caption, ‘Bible study knowledge planter,’ shortly before being gunned down by the first time bible attendee the group had openly accepted amongst them.

According to CNN, a friend of Sanders spotted the video and sent a screenshot to the network.

Mashable also obtained video of the upload in question.

Told Tywanza’s friend via mashable: ‘I didn’t notice until now that Dylann was just a few people away from Wanza,’

‘You can slightly see him in the right corner of the screenshot.’

I just watched his snapchat!😖😔

Smh wanza’s snapchat from last night , if you look to the right you can see Dylann Roof ….Smfh #AMEShooting pic.twitter.com/zqG5cSW5bQ — Pray For Charleston (@JiamasJ) June 18, 2015 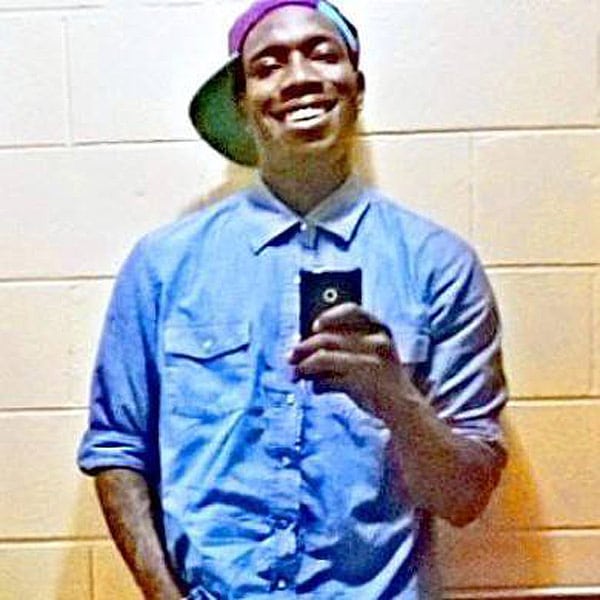