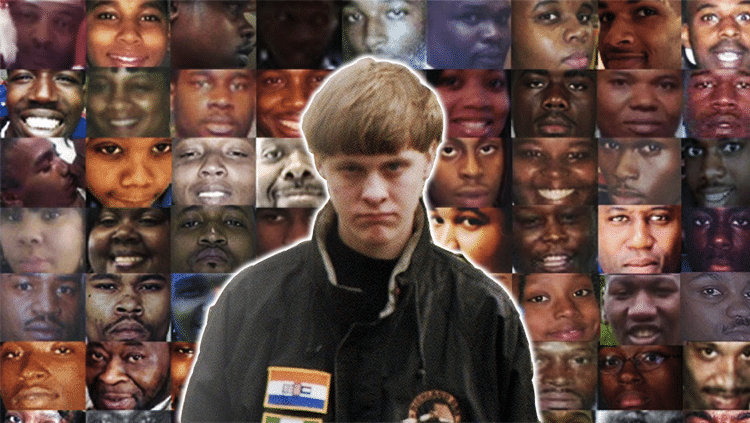 In the aftermath of the Charleston shooting, debate has begun to rage as to whether the actions of Dylan Storm Roof constitute as terrorism?

Of course such debate needs an acute appreciation for what counts for terrorism and whether hate crime which on the surface appears to be the motivating reason behind the Charleston massacre also comes within the ambits of terrorism?

What we do know for now is that nine people are dead, that Roof had planned his massacre over the course of the last six months, that Roof was steeped in deep hatred of blacks and believed the ‘negro community‘ to be ‘taking over’ and as of this morning Roof confessing planning and perpetrating the attack with the view to create havoc and bloodshed.

Yet the question remains, did the storming of one historic black church, Emanuel A.M.E. Church, constitute terrorism?

It shouldn’t be ignored that Roof probably had an understanding of the history of the church, that it had previously been targeted and razed to the ground and that in the minds of the primarily black congregation the church represented a sanctuary where they could come together and escape the ongoing frictions, debasement, prejudice and vilification that has historically been the black community’s lot.

Perhaps by targeting the church as well as understanding Southern Carolina’s deep history of the confederacy and history of racist policies, Roof had purposefully sought to deliver a particular message about the community and his tolerance of it and the desire to violently renunciate it and imperil it.

Yet while the above may tinge on the ideals of terrorism ideology, the question we also ought to ask ourselves, is if terrorism has traditionally relied on the use of violence to exact political change or dissonance, where the actions of Roof politically motivated?

We know that he targeted a historic church that has historically been mired in political upheaval, we know that upon entering the church, Roof specifically asked for Reverend Clementa Pinckney, a long standing senator who has often fought for the rights of the black community.

And we also know he let 3 survivors live so they could tell the world why he was forced to impart his dastardly deeds. An act of terrorism carries with it the desire to express an idiom, a state of philosophy, a particular idealism. In Roof’s case the denigration of the black community because, ‘You’re raping our women, you’re taking over, this is our country, we want it back.

Reflects centredaily: Although he appeared to have an interest in white supremacy, many of his Facebook friends were black. He wasn’t known to groups that monitor white nationalist activity, and unlike some who have committed violence, he hadn’t been publicly promoting a racist agenda.

And yet the question also remains whether on some level we are bestowing greater aspirations on Roof than even he could have envisaged or sought?

Some have come to wonder rather than the product of ideological zeal, Roof’s actions were primarily steeped in mental illness?

A young white man who was too far gone (traditionally the agents of most acts of terrorism), alienated with his lot, on a dangerous cocktail of drugs which almost certainly must have affected his ongoing mental well being. A young man disaffected with his lot, his ability to advance in America, a white man who had been culturally taught to pin the blame for his wicked lot on the token bogeyman, the colored man….

While the temptation to call Roof’s actions terrorism come high to mind, as a society we ought to also be cautious as to when we begin to categorize certain crimes, in this case, a hate crime, as terrorism, for fear that we might then open the corridor for our government to begin to decree other crimes tantamount to terrorism, to decree the need for the usurpation of our collective freedoms in the face of yellow, orange, red warnings terrorism.

Which is to ask, whilst Dylann Storm Roof, technically terrorized a collective of individuals and had let them know he was there to kill them are we to also now bestow political resonance with Roof who had no political manifesto to speak of, no expressed demands of our government, industry or wider society at large which traditionally has come under the ambit of terrorism?

Which is to wonder out loud, do the violent actions of a lone individual with no observed thread of call for political action constitute terrorism? Isn’t that going too far or as some of you may have wondered not going far enough ….? And if so what else are we willing to deem as terrorism and what collective sacrifices are we willing to make in order to fight terrorism, should that require the rebuking of our privacy and rights that we may come to expect in a free society?