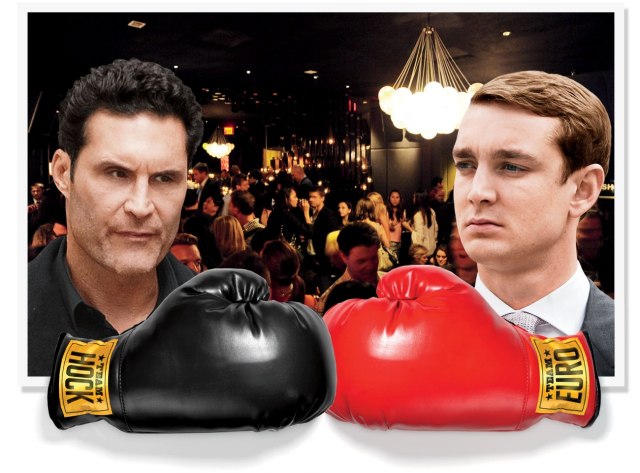 Adam Hock may have thought bygones were bygones but to his dismay it seems bygones are in fact not bygones after he kindly found himself being kicked out of Monaco this past May off the back of the purported beating he dished out on Monaco’s Pierre Casiraghi in 2012 at an upscale NYC nightclub.

The misery came to be according to page six when the NY businessman arrived on a yacht bound for Monaco’s Formula 1 Grand Prix.

At the time Adam Hock had sailed from Cannes, France with friends including Canadian billionaire and Cirque du Soleil CEO Guy LaLiberté where they had headed for dinner in Monte Carlo.

As is customary the troupe where asked to hand in their passports whilst they descended out for dinner. But that’s when shit got messy.

page six: The next night they drove to the AmfAR gala in Cannes, but while there, Adam got a call from the captain of his yacht, saying he wasn’t allowed back into Monaco, on the orders of Prince Albert.”

Which then elicited some desperate tactics.

Continues page six: The next night they drove to the AmfAR gala in Cannes, but while there, Adam got a call from the captain of his yacht, saying he wasn’t allowed back into Monaco, on the orders of Prince Albert.”

Yes kids, I’m sweating buckets of sweat too. Heaven forbid a NY business hero who punched out the grandson of a royal fiefdom being denied his day in the well to do European sun….

Adam’s friends called Prince Albert and tried to intervene on his behalf, but he would not relent, and “[Adam’s friends] had to take his belongings off the yacht, which remained in Monaco, while Adam went on to Ibiza. The incident was the talk of Naomi Campbell’s birthday at the Billionaire Club in Monte Carlo, which Adam was supposed to attend, on May 23.”

Since the revelation a page six source tells that Adam Hock ‘bears the Monaco royals no ill will and has moved on from that episode.’

But it’s Hock’s attorney Joe Tacopina‘s reaction that made me wonder about what the phrase ‘no hard feelings,’ really means:

‘All assault charges against Adam relating to Casiraghi were dismissed. It is a joke that the Monaco ‘government’ can ban somebody from their country and threaten to have them arrested based on an allegation that was dismissed in another country.’

above image via vanityfair