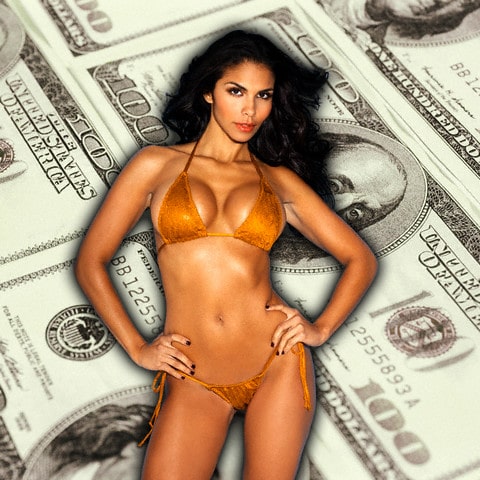 Dating as most of us can attest comes with its own sets of challenges. Chemistry, physical attraction, similar values, complimentary backgrounds and of course one’s wealth. Or lack of wealth or in the case of the NYC gold digger the abundance of wealth.

In an interesting feature this morning by way of the nypost we learn that gold diggers are awash in plenty in the scene and increasingly it’s getting difficult for many men who are the target of such women to figure out who’s legitimately interested in them and who’s just looking to extend herself off the good grace of a well to do man’s generosity.

One woman, or high grade matchmaker as she likes to call herself, Janis Spindel of Club J-Love even lends her services to men so she can help them weed out the NYC gold digger.

‘I can smell a gold digger from a mile away,’ says Spindel, who says she rejects about 10 percent of all those vying for a place in her 3,000-member stable of beauties. ‘It’s why [my clients] come to me — to protect them from bimbettes and gold diggers.’

Thanks to ever rising wall st bonuses and successful start ups, according to Spindel, there are more men out there with cash and of course more women who are keen to lure such high income grossers.

In deciphering who’s legitimate and who’s really a gold digger, Spindel tells she only selects women who themselves earn a healthy income, six figures plus.

Yet according to some women, such as Robin Kassner who owns and runs Haute PR what successful woman would not want to go out with another successful person?

Offers the publicist: ‘As a successful woman, I’m looking for someone of my caliber — not some schlump off the street, but someone as successful as me — or more.’

Adding shamelessly: “Some people may call me a gold digger, but I call myself a goal digger — I’m goal-oriented, I have a really nice lifestyle, but I need a husband who can move me into the next tax bracket, together. There’s no shame in my game.”

Yet as well meaning as Robin Kassner may well be, many men, especially very wealthy ones (and even ones on the 5 or less look scale) are not necessarily that well meaning. With money to burn and knowing they are the alpha males that so many women aspire to, many of these men don’t hesitate to trade up for youth and looks, which may leave many women in their 30’s, like Robin Kassner, despite achieving their own success feeling left out.

So how does one decipher whose legitimate and who’s simply a gold digger?

‘There are other women who do have careers and ambition, but they have that fantasy of dating someone who works on Wall Street or makes more money than they do, and [that this] will give them a more interesting life. I wouldn’t necessarily call that girl a gold digger.’

Nevertheless Sussman acknowledges having money is a big consideration for many when it comes to dating and even doctors and lawyers can find them selves fretting for failing to have as much money as their wall st brethren (here is your potential market Robin Kassner?).  Whilst those who do have cash to burn are often guarded.

According to Sussman, it’s not a woman’s earnings (or lack thereof) that predict “gold digger” status — but rather a sense of entitlement: She never reaches for her wallet and insists on the best of everything.

‘There’s a level of financial expectation.’

And then there’s socialite (and that’s being kind) Justin Ross Lee who recently appeared as a potential suitor on Bravo’s ‘The Millionaire Matchmaker’ (isn’t he suppose to be forever bankrupt?) who had this to say: ‘The litmus test is, if you didn’t have money, would your relationship still be the same? Having money might get your foot in the door with a woman, but the test is, if you lost your money, Bernie Madoff-style, would she move on?’

‘If a guy can’t answer that, he’s written his own check. The guys who are OK with it understand it’s a transaction — it’s literal tit for tat.’

Then there are those women who take to such dating sites such as seeking arrangement, a fine line between prostitution and dating that specialize in superficial relationships where young women can expect to find themselves receiving cash, rent money and expensive dinners (aka a particular lifestyle)  in exchange for some ‘action.’

Whilst there are some women who value a certain lifestyle, there are many men hopeful that they’ll be able to find women who ‘won’t exchange their souls for monetary gains.’

And in case you want a definitive check list of what counts as a gold digger, Janis Spindel has even taken the time to figure the shit out for you.

nypost: Matchmaker Janis Spindel asks ladies looking to date her high-end male clients to pen a 2,500-word bio and fill out an extensive questionnaire. Here are her five rules for spotting a gold digger:

1. A woman who is obsessed with dating a successful man — and knowing what his salary is.

2. A lack of a job is a telltale sign a woman is looking for someone to support her. “Women must have [jobs],” says Spindel. “It gives them a sense of confidence, allows them to support themselves and keeps them busy during the day.”

4. A woman who makes unreasonable demands: “If they tell me they must date a man with a plane, I say ‘Sayonara.’”

5. A lady who asks the wrong questions: “When they ask me how many homes my client has, they’re inquiring for the wrong reasons.”

And I’ve added my one checklist tooL

9. Got no money but ambition, you better make it happen before you are 43 (unless you are an ex top model or semi famous writer/actor/photographer/etc your options are forever endless) or your dating pool slows down.

10. Want real love- sometimes it’s best just to find it outside of dog eat dog cities like NYC where sometimes heart, compassion and integrity can go a long way, something often missing in a city inflitrated by big money and the girls who want a piece for themselves.

Cass Almendral: ‘Is she a gold digger if she spies on your financials?’

Welcome to the hybrid hooker, Manhattan’s evolved prostitute desperate to get you to pay her rent.

Watch out when mommy thinks you’re a good for nothing gold digger.

How to tell if she’s a Gold Digger.

Women who trade their vagina for the chance to live the Hampton experience. High society in action.

Where have all the nice guys gone? Why you girls are stuck dating players and losers….

Is there a reason why you’re not getting laid?

CAUGHT BETWEEN A COCK AND A HARD PLACE. “A Modern New York City Girl’s Dilemma”

Skinny Bitch in NY- Is it more cost effective to be fat?