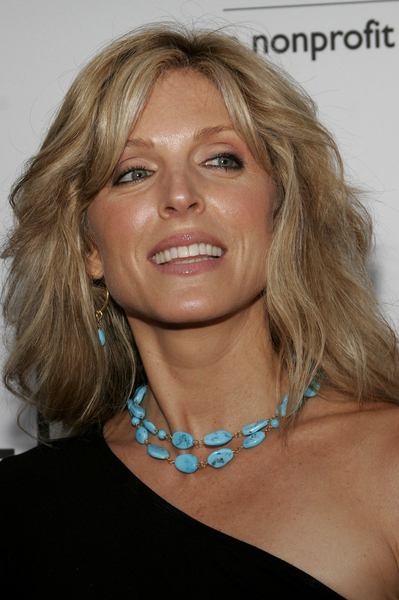 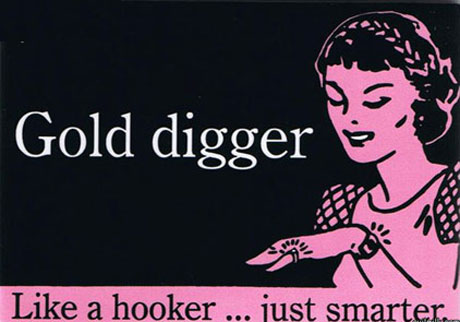 There comes a point in every man’s life, well every well to do man’s life to be precise where  he has to ask himself the crucial question- ‘is she here because she loves me or because she loves my money.’ In a city like NYC where girls are increasingly being exposed to three thousand dollar trinket gifts and four hundred casual Wednesday night dinners the dialectics of what makes for romantic play are starting to change, of course that can’t be too bad assuming you can afford to play this game.

Somewhere along the way between puberty and getting married or committed (for lack of better word ) a woman will come to learn that if she is she is inclined, beautiful, socially positioned and generally well groomed (and she is) she is entitled should she desire such entitlement (which is like asking if she desires chocolate ice cream on a hot summer day) to seek the company of a well to do benefactor/lover/partner etc. In a media soaked culture which tells us to strive for the best, the glamorous, and well to do a girl somewhere along the way will eventually succumb to the idea of dating some guy for his money. Or perhaps to put it another way will tolerate dating a guy despite himself as long as he is as kind society will tell you -‘flush.’

With the advent of women’s liberation, the emboldening of the feminist movement most women have finally been encouraged to ‘be’ who they need to be, to accomplish what they will, define themselves as they will, and to never ever have to be at the mercy of another man. Right? Nearly, or as some male suitors would have it- ‘when it suits them.’ Then again perhaps this is what the feminism movement was really all about- a woman being able to be in a position which finally suited them and not vice versa.

At the core of the question of course is how does a woman value herself and secondly how does a society (or perhaps to be precise a particular sect of society ) value a woman? While this is partly true, one also has to consider how men value women, because ultimately as much as most men detest what they call the actions of a gold digger, one has to remember she wouldn’t be acting as what they perceive to be a gold digger had she not been informed by the gentleman’s behavior (for a lack of a better word) or the general herd which has accepted the dogma that love and beauty can in fact and should be bought. Hence the phenomena of women as commodities to be gawked at, jerked off to and of course bought. A smidgen uncouth, but that is the trouble when one begins to commodify love.

If the average woman spends enough time in front of the TV and all the shiny glossy magazines she will inevitably come to believe that her value (like that of a stock) will be perceived worth more the more attractive  (verging on model beauty thank you) she is told she is, needs to be, weight she has lost and generally the seduction offers she will receive on a daily base from Neanderthal males whose hormone levels are set to overdrive.

Nevertheless these are the dynamics at play, and one can wish for integrity and mutual respect but the author knows ultimately humans are designed to lead and function according to some socially unmentionable topic  – called ‘survival of the fittest’ which has somehow translated to survival of the richest and beautiful. Of course since we are all sensitive and swayed to lots of other intangibles (like emotion so I have been told) most humans have the capacity to overlook such base indicator’s of what makes for a happy and successful union. That may be true,  but if one is to take account of the caveman  theory which purports that ultimately a woman will always veer in the direction with the baboon with the biggest stick or lacking stick we’ll swap that for other social intangibles such as social standing, wealth, academic standing and cultural nuances. Of course if we all lived in a kind society we’d all own up to such preferences, but the fact is we don’t live in a kind society. We live in a Neolithic society, and frankly that’s the way most of us like it.

Of course as base and incorrigible as most human beings are (hence the expression- it’s only human) one can never openly go out and declare they only want to go out with model looking women or guys with wealth. Such open dictum would surely cast most people out of social decorum, unless of course they belong to that part of society where behaving exactly on these merits is the implicit understood rules of the game.

It usually goes something like this, boy and girl play eye game at some bar, restaurant, function, he’s there to eat and drink and if he’s lucky to get laid, she on the other hand like him is to eat and drink (of course moderately, heaven forbid) and to preferably find herself a good catch.  Perhaps this author need to deviate for a moment to explain to those Neanderthals possibly reading this column, a woman only ovulates once a month, and if she were to get pregnant by you she is on the line, hook and sinker for your potential love child which pumps out of you a  possible rate of 30 billion a day. This fact  to some degree necessitates some merit of complicit behavior on the behalf of the woman.

Regardless of social or physical limitations, if one is astute one can still realize when a woman is being overtly eager to capitalize on her youth, diet and general beauty, social standing. So there we are back at the bar, restaurant, bar mitzvah,  beach house and she’s watching you size her up (trust me – she has eyes at the back of her head which allows her to do this), and she knows any minute now you’re going to come by and introduce yourself (assuming you are not a celebrity, banker or a socialite where  she will avail herself to you in the way it takes a hungry child to gulp a sliver of chocolate ice cream). As this is happening she now is already running through the questions her and all her girlfriends have been practicing since the fourth grade- who do you know, what do you do, where do you live, do you come here often, and if she really wants to suss you out, weren’t you at such a such benefit or magazine party.

She is unashamedly whether you realize it or not assessing your potential worth to her. If you are poor, but nevertheless reasonably attractive to the opposite sex sometimes a woman will overlook this as it well may be her hormones are on overdrive, she comes from her own money or she knows she will never see you again after she’s had the company of your assertiveness.

Of course in the event she is in the business of getting herself a good catch she will not give you a second glance if you come off as some poor sod. This matter of potential discomfort can of course be easily dealt with by ensuring that she only spends time with (of course ) the company of her female friends at some exclusive venue where it is understood but never  (heaven forbid ) openly started that to be a patron of such a venue could only be ensured if one has access to general vast sums of funds to pay for the nineteen dollar martinis which you have already bought 4 rounds of for her and her girlfriends.

Another measure to help a gentleman (yes, this loose term again) assuage himself of the laughable dilemma that his potential or new girlfriend is a gold digger is to observe how she reacts in the presence of other well to do men. Does she openly fawn with them, excuse herself for long periods while they discuss the merits of their stock portfolio with them, accept their invitations to go cruising in their new Porsches? Another give away sign is if she’s 20 and you’re 50 and you kind of get the picture, but of course she’s into your boyish charm…

Other tricks available to a man include inviting her to an all expenses paid vacation and watching to see how she reacts, if she hesitates or if she dares to ask (and rest assured it will happen) whether you’ll be flying and staying first class. So much for romance… well as long as you can afford it.

The most obvious way to tell if a woman is being too brazen is to see if she is willing to share the expenses of dinner. After the first outing or third she may be just be willing to share the expenses (even pay for your half which means ether she really likes you regardless or she is laying a trap for you) but eventually if you have been the one who has paid up to now see what happens if you suddenly forgot your wallet.

Ultimately though, no matter what test a man will put a woman through there should never be any deviation from the idea that yes ultimately she will love you if you make her feel whole,  but as long as she is aware of her ticking time clock she will eventually go with the guy who can help her realize her way. Of course some girls always want to travel first class, but then again they are usually the ones who are getting bumped off flights for the next hot destination or thing. Ultimately though, as long as a girl feels you can help her get most of the way and you express some measure of integrity (you don’t just perceive her like a commodity ) and you genuinely have feelings for each other don’t be surprised to have a woman on your hands who sticks around.

Of course if she sticks around because she loves you or the money you have is a question that will never openly be answered, because as this author has stated we live in Neolithic society, (twitter and other toys aside) and whether you admit it, you kind of like it, even if you could help yourself…