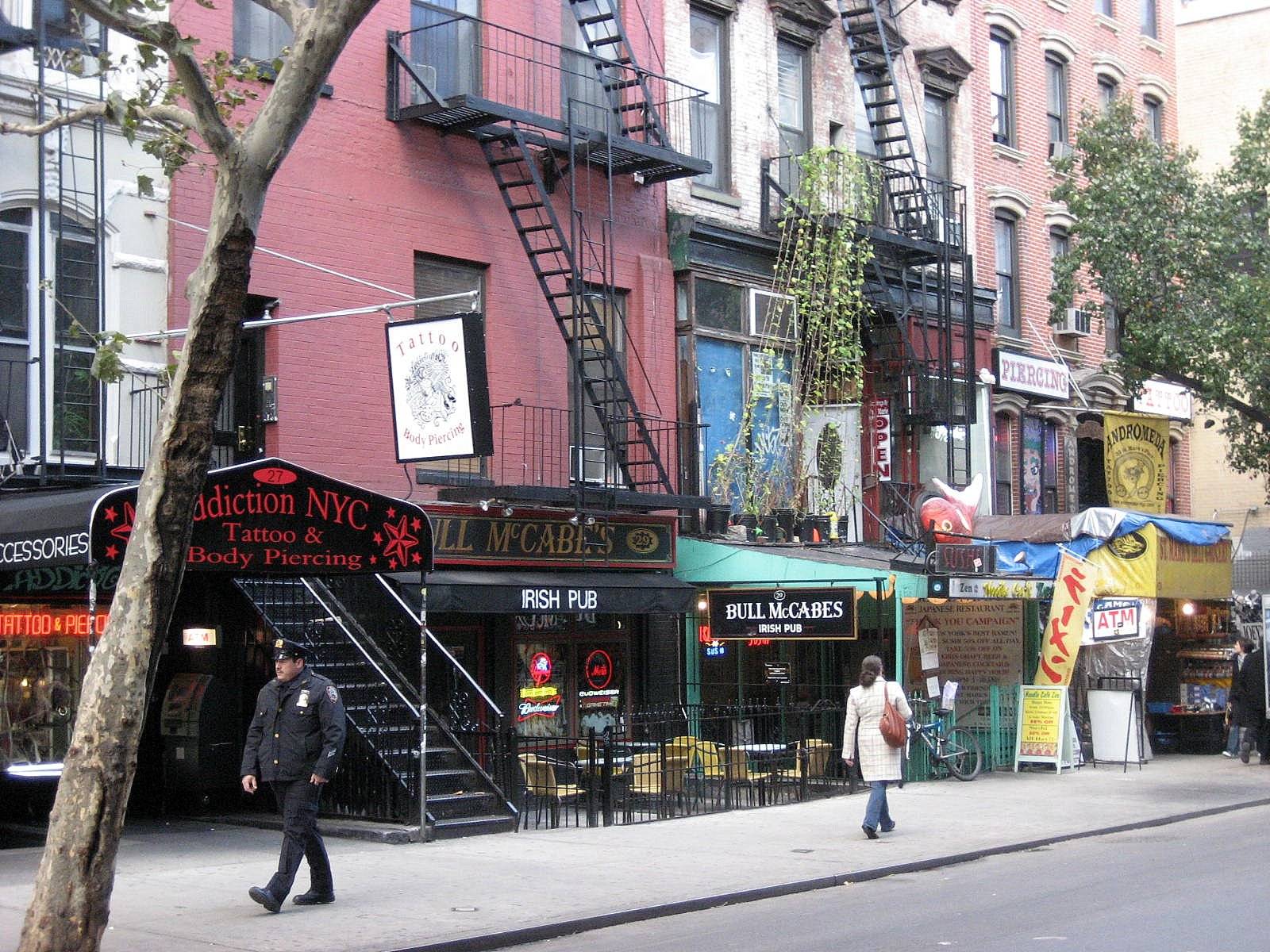 A witness has stepped forward to tell that they witnessed Philip Seymour Hoffman score heroin outside an East Village apartment.

The witness themselves, a user, would score from a venue purportedly favored by heroin users. It is here the witness told that they came to note the famed actor scoring his stash of contraband ‘like a common junkie.’

Cops — desperate to find Hoffman’s seller — took the tip so seriously that they set up surveillance on the apartment on Monday night, the day after Hoffman died.

Cops would arrest a customer who emerged from an apartment in the building, which they believe supplied the smack to Hoffman’s dealers.

But the drugs they found didn’t have the “Ace of Spades,” stamp – the logo that appeared on the drug envelopes found in the actor’s apartment where he would go on to overdose.

The NY Post makes it sound like the East Village is just full of junkies buying heroin in dark scary tenements, and yet they are simultaneously running another story about Philip Seymour Hoffman just buying $1200 worth of heroin in the West Village outside of D’Agostinos. Blame it on the East Village, NYP, but like every other product legal or not, the drugs follow the money. Hoffman didn’t need to go schlepping very far to get what he wanted, it was readily available right in his own neighborhood.

I just cannot get over how, after the Heroin overdose death of one famous White actor, there is now wall to wall coverage of a Heroin epidemic in America. This is such a clear statement on the celebrity driven news coverage in the US and how value is put on the rich and famous and their lives versus the people who are deemed to be of no value [in this case many ODs and deaths] and not worthy of media attention.