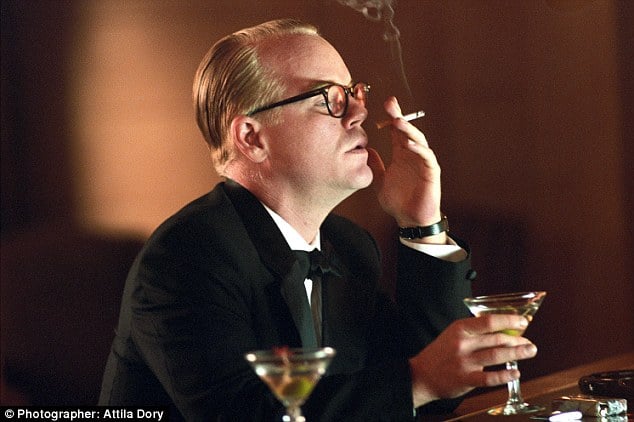 Philip Seymour Hoffman junkie. More than the public ever knew…

It is now being revealed the extent of Philip Seymour Hoffman‘s heroin use was more than publicly acknowledged with authorities now believing that the late actor by the end of his tenor was ostensibly an out of control junkie. Worse, so prevalent was the actor’s drug use that his live in partner and mother of his three children gave him an ultimatum to quit or move out.

Told a source: ‘It was known that he was struggling to stay sober, and girlfriend Mimi O’Donnell had given him some tough love and told him he needed some time away from the kids and to get straight again.’

Added  a law-enforcement source of the beleaguered couple, Hoffman and O’Donnell: ‘They were living separate lives,’

When cops finally finished searching the dead man’s apartment they came to find a total of 50 bags of heroin as well as 20 used syringes. At the time they also came across a charred spoon in the kitchen he had been momentarily using to heat his heroin mix in before shooting it into his blood stream.

Told one neighbor, Olivia De Santis: ‘Just the other day I saw him getting out of his mini cooper with his kids and his wife I guess. He was in sweatpants and a beanie and he looked disheveled.’

Another Jane Street neighbor via the nypost described Hoffman as ‘a troubled soul.’

‘He did not look well recently — like he was out of it,’ the woman told.

‘I think him and his woman friend were off and on.’

‘He lived down here for a long time and was well liked, but everyone knew he had substance-abuse problems,’ she added.

A relative added: ‘We’re just really devastated that this could happen.’

‘There had always been a concern with the business he was in,‘ said Doris Barr, 76, whose son is married to Hoffman’s sister.

‘We just worried there was a great opportunity for [drug] issues to come up.’

Meanwhile the  New York Post tells during the recent Sundance Film Festival where the actor was promoting his movie, ‘God’s Pocket,’ the actor appeared ‘slightly disheveled and pasty’ as well as declining interviews.

Confirming reports of how the actor may have been in recent days was the actor’s estranged girlfriend and mother of his three children, Mimi O’Donnell who told cops that Hoffman ‘appeared’ high the day before she saw him.

In fact one theory behind the actor’s spiraling out of control use was the onset of a deep depression after the actor and his estranged girlfriend split in October. This after the actor had checked himself in for a ten day stint in the month of May for his addiction after having abstained for 23 years.

At the time Hoffman was living with his O’Donnell and their three children in a $4.4 million house three blocks away from the West Village apartment where the actor would later move into.

It is thought that after having checked into rehab last May his use only escalated which may have forced his girlfriend’s hand as to the effects of Hoffman’s out of control use in front of the children.

How often and without regard for others he was using may also be intimated by the candor and openness to which he used drugs in public as well.

According to the UK’s dailymail, the actor had been seen heavily drinking, smoking and repeatedly running in and out of the restroom at an Atlanta Bar.

A fellow diner would go on to say that the 46 year old actor appeared, ‘sketchy.’

He apparently was with a woman at the bar and made ‘multiple trips’ to the bathroom – which alerted the fellow patron’s attention.

Apparently Hoffman appeared intoxicated and was later seen at the airport, where he was described as ‘drunk and disheveled’.

Yet it may the degree and use of drugs in front of his children that may have finally forced his long term partner to demand that the fallen actor take a leave of absence.

She told investigators that he appeared to be under the influence of drugs and when she spoke to him again at around 8 pm on Saturday – he also sounded high. One imagines O’Donnell may have been concerned as to her former boyfriend’s ability to curtail his habit in front of the children before relinquishing them in his care.

The actor told his girlfriend,  had apparently arranged to meet them at a nearby playground just a block and a half away.  This while he was meant to have care time with the couple’s joint children.