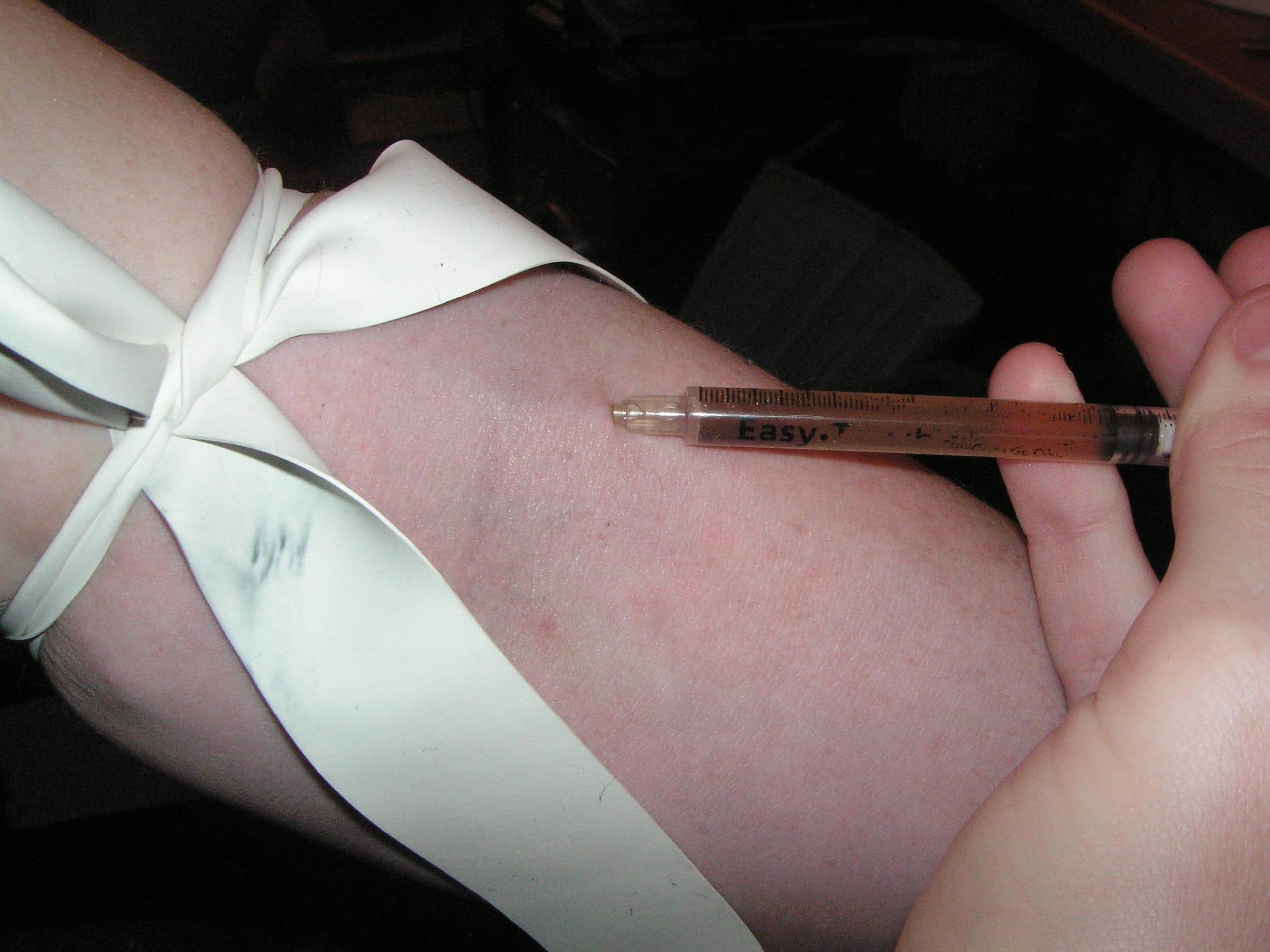 Depending on which media outlet you believe, cops yesterday found a total of 50 to 70 small bags of heroin in the Philip Seymour Hoffman’s downtown NYC apartment. That naturally has now put the mojo under the NYPD to discover the Hoffman’s drug dealer. Of course that’s just wishful thinking and a wonderful public relations exercise.

Making investigators giddy was the prospect of identifying drug dealers who carry the moniker of “Ace of Spades,” or “Ace of Hearts,” on their packages. And if they did they probably have changed names or routes in an effort to ward off detection.

Adding intrigue is whether Hoffman’s supply was laced with fentanyl – an opiate given to cancer patients to soothe their pain.

The fentanyl-heroin combination has to date been linked to more than 100 deaths in America – with more three dozen deaths in Maryland since September.

And yet as much as all the above is true, where do cops start? Which is to say if the drug trade hasn’t been tempered after all these years what makes authorities suddenly believe they will get their man? Do we only want to get our man when a high name celebrity becomes a casualty?

While Philip Seymour Hoffman’s death was horrid and unfortunate, the actor was sadly one of many individuals who have succumbed to the increasing trend to abuse in the New York corridor. The Daily Beast reports that local prosecutors have dubbed the Long Island Expressway the “heroin highway.”

With heroin cheaper than ever plentiful (heroin seizures in New York State are up 67 percent over the last four years, the federal Drug Enforcement Administration has told) and available via a multitude of corridors and suppliers, from high end delivery services to street peddlers, it is anyone’s guess where the actor could have gotten his batches from and where for that matter many users acquire the contraband.

Reflects kinja: In the Hoffman case, police will start with a “nitro dump.” When police make an arrest, they log the “brand name” of the drug in their system; the nitro dump involves doing a search of those records in an attempt to find the most likely places that particular brand is sold.

Maybe these tactics will lead NYPD to a source they can claim supplied Hoffman with drugs, but they’re unlikely to get at anybody who is a “source” of any consequence. We’re talking about multimillion dollar operations whose true bosses never put their hands on any product.

And even if the king pin could be taken out there would soon be another king pin to take their place. The reality is that these suppliers only exist because there is buoyant demand for their services irrespective how many times society at large is told there is a war on drugs and drugs will kill you.

The larger issue isn’t a celebrity dying of a heroin overdose and us as a society vexing over who could have dared to have sold the down on his luck actor contraband. The greater question in society is why do we have heroin addiction in the first place and why do we so often fail to recognize that it exists and why for that matter as a society we have failed to address it on a head on matter that to find resolutions that could allow users to come clean with their abuse and instead of condemning addiction we accept it as a mental illness/physiological disease.

What plagued Philip Seymour Hoffman is what plagues many users: torture, loneliness, despair, conflict, a desire to escape, a physiological inability to ever totally put away their desire for serotonin stimulation and the need to sometimes experience ourselves away from ourselves. It’s the same way sex, food and gambling works and it is part of the human genetic make up.

All we can hope to do is understand and be honest about and seek realistic resolutions as opposed to pretending we are suddenly going to nab the bad guy that served a 46 year old adult who had a $10K a month habit and make addiction and heroin dealing go away.

How I learned to love the needle