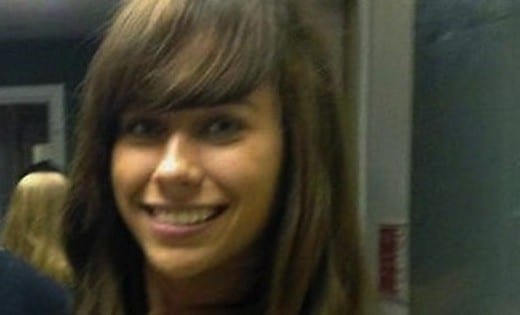 Rebecca Martinson‘s wet dream might come true after all…

Here’s kudo’s to tabloid journal mommyish‘s editor in chief Koa Beck who has bravely decided to step in where most of us other tabloid editors dare not jump in. That is offer America’s most damned darling, Rebecca Martinson a paid summer internship.

Of course the more I think about it the more I applaud Koa Beck because there’s one thing that Rebecca Martinson has got going for her, she has a ready hungry made audience ready to read what she has to say (really is it because that we are that offended by what she says or secretly agreeing?) and if Koa Beck is able to reign in our darling’s loud mouth she just might have a winner on her hands. Or not…

Then again the cynical part of me (yes tabloid writers are cynical by nature) is whether on some level Koa Beck wants to simply take advantage of the hoopla surrounding Rebecca Martinson? Or worse perhaps she really just wants to thumb it at us fellow tabloid editors and show us how this shit is really done. Hire the loudest and brashest tongue and set that bixch to work. Isn’t that after all what sells the golden wet dream of nirvana?

Tells Koa Beck: While I don’t condone some of your word choices — particularly the homophobic slur, mockery of special needs, and threats of violence — I think that with some sensitivity training, you could be a valuable addition to the Mommyish team. I like your enthusiasm  as well as your ability to take charge of utter incompetence as you see it.

Well that’s rather brave of Koa but then again I applaud her efforts and attention to a controversial voice. Show me a tabloid that isn’t controversial and I’ll show you a bear that doesn’t shit in the woods. Yes I know I’m vulgar but I am afraid sometimes it is the forum that brings it out of me. Or maybe I’m just my own foul mouth voodoo doll as well.

And then there’s this too (I think I fit in quite well below):

Other outlets have called you and your email “deranged” and “insane” for your fierce dedication. But I see the ambition and promise of an enterprising young lady who devotes 150 percent to her team, and therefore expects the same in return à la Sheryl Sandberg, Marissa Mayer, and many other women with clout.

I look forward to hearing from you. Though please refrain from “cunt punting” me.

Yes Rebecca, please don’t call Koa names, I’m afraid it wouldn’t go down too well and we’d all have to sit back and write another mean article about uppity pretentious girls fucking up. Unless of course you believe in second chances. Good luck Rebecca should you decide to take Koa’s offer up and I hope you do. I can’t wait for a good read…. oh dear.

Rebecca Martinson resigns and the reactions pour in: ‘Bixch got hers!’