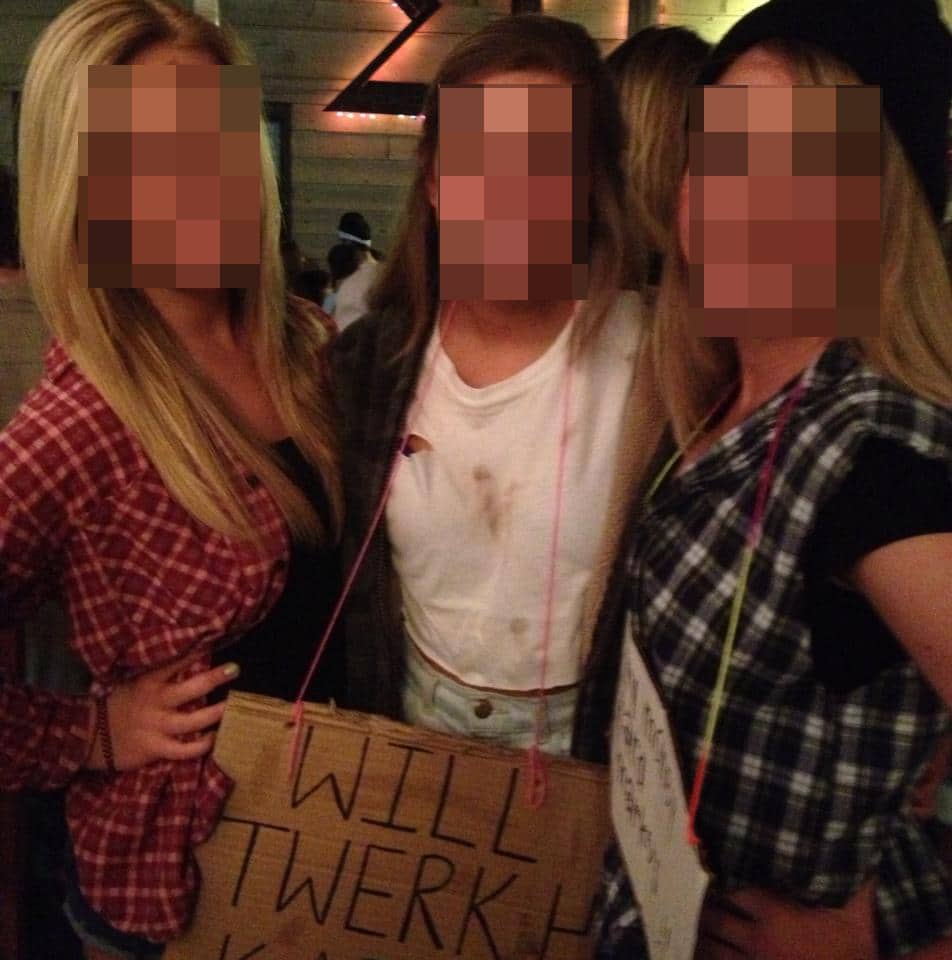 It seems this is the week that sorority girls have chosen to stoop to new lows as sorority sisters go about the dizzy task of proving to themselves and other like minded individuals how lady like they really are. Point in case, Indiana University’s Kappa Delta sorority charter’s foray into having fun at the homeless because that is suppose to show all you sorority girls how much you really have everything under control.

jezebel: ….judging from these photos of blonde girls wearing cutoff shorts and plaid shirts with expertly-applied “dirt” smudges on their cheeks (it’s very middle school production of Oliver!) holding signs including: “Why lie? It’s for BOOZE. Homeless need $ and prayers.” “Will Twerk…” and “Give me a nickel and I’ll tickle your pickle.”

Tell the sorority tipster who sent these yummy photos off to jezebel:

Just so you know, Bloomington, IN (home of IU) has a disproportionately high homeless population. They’re typically the target of a lot of shit from students. They get treated pretty badly. It’s actually really sad—one of the places homeless people tend to hang out is right across from the most popular student bar in Bloomington, and on pretty much any given night, you can hear students loudly ridiculing the homeless population while they sip their drinks. Students will be out canning for money for their big national philanthropies, but when a homeless person asks for a quarter, they’ll tell him or her to get a job. The greek system here does do a lot of philanthropic work, but homelessness, which is one of the biggest local problems we have, and a problem that the greek system has the opportunity to really help, is completely ignored.

Which of course did not stop the sorority sisters from slumming it anyway in another crass display of admiration and affection for the less fortunate. Which is pretty sad actually considering that these fine ladies are supposed to be the future leaders of good tastes, mores, sensibilities and good attitudes. But then again maybe feeling better about oneself at the expense of others is the way to go when you are a priviliged know it all too well sorority sister who has her sights squarely on the gutter.

Reflected jezebel’s tipster: “Sometimes it feels like the greek community is a completely separate population,” our Indiana tipster wrote, “a place where all of the rich white kids on campus can go play and indulge their racist tendencies and their classist and sexist urges without the threat of anyone catching them or punishing them.”

Reacted Heidi Roy, director of communications for Kappa Delta: “Kappa Delta does not condone these actions or any language that demeans an individual or group. We continue to investigate and will respond accordingly.”

Rich white kids misbehaving? Is that possible kids? What do you think…? 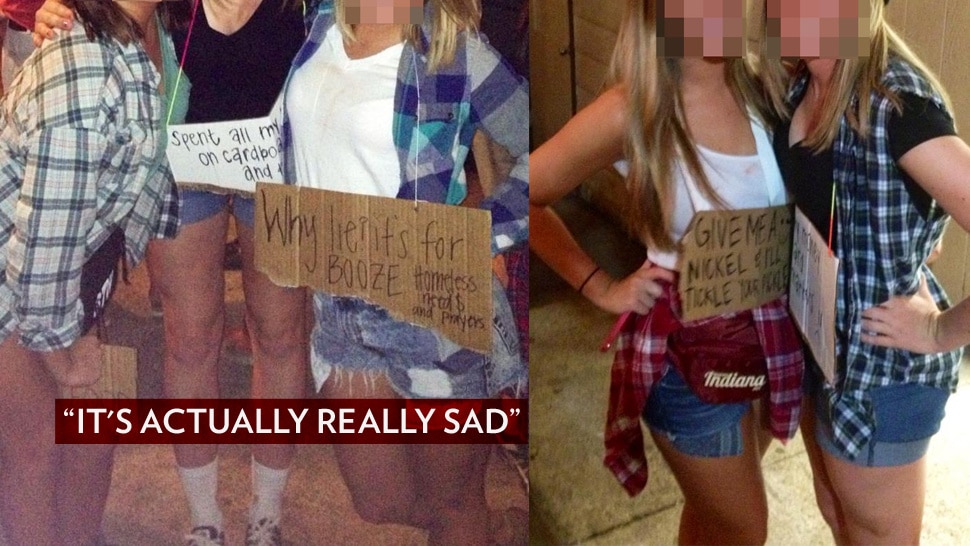