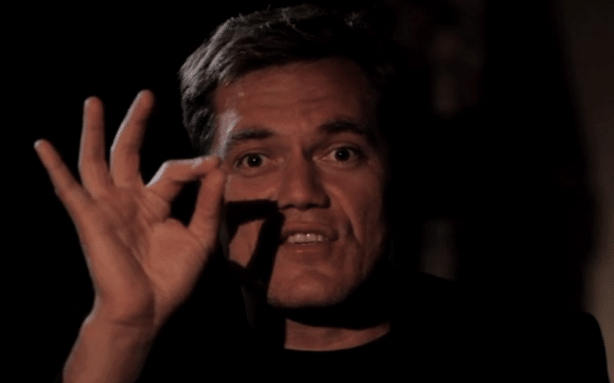 Making us all dizzy this Monday afternoon is phenomenal actor du jour, Broadway’s Michael Shannon who decided to see what he could do with this delicious little rant courtesy of University of Maryland’s Delta Gamma sorority sister Rebecca Martinson.

For all those who can remember, Rebecca Martinson managed last week to re cast the perception of all sorority sisters the world over with her ‘cunty’ letter which essentially served to show how peeved her little majesty was with all them sorority girls who just weren’t managing to behave the way she’d expected them to.

A bit of digging then found that Rebecca Martinson also failing in the decorum department as well (never mind her foul mouthed non apologetic cunty letter which made it to gawker‘s attention courtesy of a tipster) when her twitter feeds went viral as well. And to put it bluntly bixch came off looking like one heck of a piece of work. From racist, materialistic and plain mean and unsympathetic. All the wonderful things that every sorority sister could only hope to project to the world.

Who also gets to project the dizzy world of one young woman in heat (yes Becky I am sure all them frat boys are all now managing to knock on your doorbell) is Michael Shannon. Because Michael Shannon has the capacity to understand the desperate existential ennui of a sorority girl in heat and how.