To say that there is a giddy feeling amongst most disenfranchised youth that something is finally being done to address the vast conspicuous inequities in our economic system is an understatement. It’s as if for the first time since the 1970’s American youth is being woken out of its shackles to a deep awareness of the strains of our economic system, the reality that the top one percent of the nation dominates political discourse, exacting profits at the expense of other less mobile classes and side stepping issues that concern them whilst all the while government and the mainstream press pay unparalleled attention to the desires of the money classes.

As the swelling of protesters begins to mount, two weeks in after the protests began with a scant 200 individuals, and now garnering the attention of an entire nation (witness the protests starting to take place in  Los Angeles, Boston, Chicago, Denver and Seattle and soon to be adjoining Canadian cities) the most obvious question starting to seep into the greater consciousness is will the revolt (in some part inspired by the greater pan Arabic rising overseas, a defiant Greece and recent events in London and our own continued economic malaise at the expense of the greater collective) actually bring any meaningful changes?

Before we can begin to answer whether the recent revolt- ‘occupy wall street’ will lead to any meaningful changes it might bear some fruit to examine how those entities that have been the subject of grievances of the movement have reacted to the claims that they the media and government have essentially become token decoys, and as many would argue bought out by the financial and moneyed classes who so often control them. 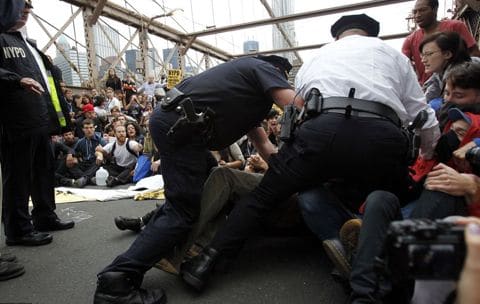 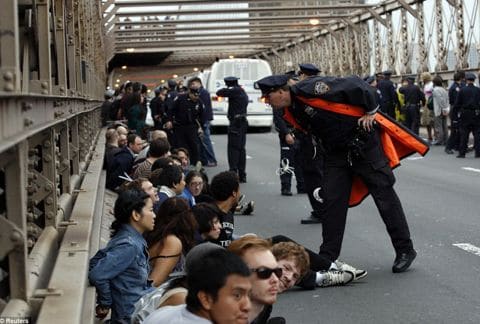 In fact one could argue that the recent uprisings have been inspired by a public (as is always the course, the first shoe is always thrown by the idealistic youth who yearn for better) disillusioned by what they sense is a non caring government, the ever increasing loss of our liberties,  government steeped in the demands of a particular class and that of the mainstream media that spends most of its time presenting issues that fully don’t address the wider collective’s concerns but that of the very elite and the media’s brilliant ability to offer rhetoric and mesmerizing decoys such as numb churning TV programming whose intent is never to address the real concerns of our distraught society but in fact to side step them.

The fact that most media outlets (including the New York Times) have berated the movement and set about to show that in fact the movement is nothing but a noise polluted rabble session should indicate the mainstream media’s conspicuous efforts to present this affront as an inconvenient effort courtesy of ‘spoiled’ with too much time on their hands college students. In fact the media’s relenting