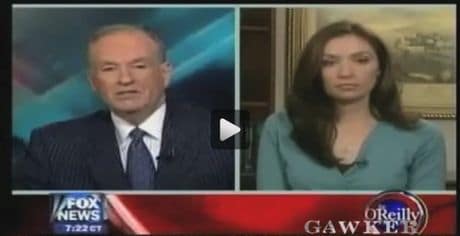 There’s something remarkably asinine when it comes to watching two media titans whacking each other over the head with a bludgeoned stick in their attempt to prove to their readers which one is more worthy of your love and affection. Enter then the newest media gorilla war between Rupert Murdoch‘s hyperbole saturated SMALL POX FOX and that of the equally self made media whore Nick Denton and co, otherwise known as STALKER GAWKER.

At the heart of the recent splat is Gawker’s assertion courtesy of an anonymous source that Fox’s chief media whore and rabble rouser Bill O’Reilly has attempted to leverage the promise of a hefty donation to a NY police charity in exchange for getting a local police station into investigating the affairs of its detectives who purportedly is having an affair with his ex wife. Fox for their part has conspicuously failed to address the situation but as slate reported yesterday via Adweek: “Gawker has been lying about Fox News for several years. We are not going to dignify this with any further comment.”

As it currently reads the Gawker/Fox fiasco makes for a delicious soap opera, all the more ironic because they are in the business of reporting on other less fortunate soul’s fiascos and ridiculing to no end in their quest to retain media predominance (after all nothing sells like scandal right?).

That said given the current allegations of impropriety one can only wonder what the real intentions behind Gawker’s sudden bout of ethical journalism is all about? Are we to really believe that they are on a mission to rid  society of corruption, to expose bad journalism, a violation of ethics or perhaps to vindicate previous wounds at the hands of equally repugnant media whore FOX news?

gawker: Hey look! The good folks on Fox and Friends did a segment on Gawker this morning, for no apparent reason at all, claiming (falsely!) that our traffic is down 75%.

What’s the hook for breaking into hurricane coverage to lie about the stats of an independent online news outlet? It probably has something to do with a story that Fox News knows is coming.

Well the truth is FOX news were right, to some degree, but FOX being FOX, they were always going to skew the news and statistics to show that their view of reality was the be all and the end all. And how do we know FOX was right?- Because we released our own article on the matter back in March on the back of our own research which was then interestingly enough picked up by the Atlantic 3 weeks after I sent it to their editors (don’t you hate it when fellow media pundits don’t have the decency to reference you?)

But just in case you’re inclined to reach for your mid afternoon splash of moonshine, there’s more, courtesy of a Gawker alumni:

Gawker and Fox News are natural opponents and we’ve always been a thorn in their side. But the network has been busy amping up the rhetoric in the last couple months: There was this Mike Huckabee segment featuring my mug and asking viewers if they would invite me to their childrens’ birthday party, this Fox and Friends clip describing us as a “lousy web site out there,” and this The Five segment calling us “miserable” and “a joke.”

As it happens, over the very same time frame, I wrote a series of stories revealing Fox News chief Roger Ailes to be a paranoid maniac who uses Fox News security to spy on his own employees, hatched the idea for Fox News in the Nixon White House with Watergate felon H.R. Haldeman, acts as a confidential strategist to Republican New Jersey Gov. Chris Christie (whose desire to keep his conversations with Ailes secret was so strong that we had to sue him to get them), calls the cops constantly and uses them as a personal locksmith service, and starts fights with 80-year-old men.

Natural opponents? How obscene!  Subtle ideological kinks aside these two media outlets are on the same team and that is frankly what makes their displays of wounded egos such an eyesore. After all a cursory regard of what FOX calls news are the same stories that GAWKER  trollops over and so often both outlets have the same lowbrow view of events, playing up every angle of hysteria that is to be had.

Jingoes and rhetoric aside, what these two outlets also share is little to next to no desire to explore the real dialectics at play (because that would make you think and maybe require you be an intellectual, like our friends over at Atlantic, and we all know there are in total 17 intellectuals left in the world- of course conspicuously they all work for the NewYorker, Vanity Fair and I think at one stage one of them used to edit the Paris Review) in most news stories they curry- preferring instead emotional and sensationalism as their main dish.

But if you want my honest opinion it all comes down to trolling for readers and hits because that’s how us media pundits are suppose to make a living, which this astute article on a Gawker subsidiary Gizmodo has now exploited to new lows.

Perhaps ultimately it’s a situation that the medium of the web with its aggregated content (you should go to reddit and see what they have to see what they say about gawker, but then again I have a few haters on reddit too- blah) and the predominance of google with highest related searches has forced the media world in a slow summer month to do the once unthinkable- turn on itself to make sure you are appropriately switched on and for a moment forgetting about your own hate fests or why as a college graduate with a $100 000 debt you can no longer find a job for example.

So much for the new world of media and intelligent and honest discussions. I’ll think I go and pour myself a smidgen of moonshine right about now….

Don’t you wish you were as adroit as FOX and GAWKER at gaming the system?

THE BULLY TACTICS OF THE TABLOID WORLD GONE TO HELL IN A HANDBASKET.

IS GAWKER AFRAID OF FREE SPEECH?

TABLOID SLEAZE AND THE PLAYERS THAT MAKE IT!