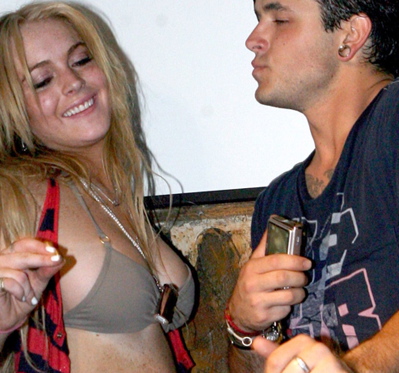 I’m watching the news one night on TV and suddenly out of no where, one of the reporters start quipping about the new Sex and the City sequel and how fabulous the movie is and how later one of the show’s stars will be coming on live, or something to that effect when I suddenly realize that somewhere in another part of the world they’re talking about the recent bloodshed in Bangkok, Thailand, the economic disarray in Europe, the stalemate in Afghanistan, why the rich are getting richer and here we are in the center of the world talking about Carrie Bradshaw a mythological character on prime time news.

Of course a lot of media folk will respond that they are only giving the audience what they want, but then again when was the last time a mother seriously took into account their children’s demands to be fed Ronald Mcdonald Bic Macs every morning for breakfast, which is not to imply that the American public are like children, but to assert rather that the media is in fact in a position to impart a more nuanced cohesive discussion as to the times we live in but decide for a variety of reasons (which I am inclined to draw on later) to amplify on celebrity hysteria, supposed preferred lifestyles, the occasional scapegoat who is suppose to represent all of societies ills- eg,Bernard Madoff (never mind the complicit behavior of the feeder funds, the SEC which never properly scrutinized him, the public which is entitled to super returns even if it doesn’t make sense) and the passive commentary on current affairs which almost never really challenges the underlying tensions inherent in the story, the indoctrinated power structures but rather supports a lob sided portrayal of affairs, it’s sponsors view points and the recent strange idea that unless it’s about a reality star no one is going to care.

One supposes after a while that what is supposed to pass for news is in fact an elongated endorsement of various corporate, political and other concerted entity’s affairs, aspirations and view points. To bother to question it or even ask why what one is watching counts as news is a discussion that the media industry rarely goes out of its way to have, but then again how can one legitimately address these concerns when our sports hero is caught in another affair (think Tiger Woods all winter long), our president’s wife is showing too much leg or why for that matter why health care reform is being couched by the pharmaceutical industry as a draconian attempt to make us socialists- something that supposedly stinks if you leave too long out of the fridge.

Of course its come to the point where a lot of people don’t even bother with the major networks anymore, if ratings are a guide, (but then again how does one explain the high ratings over at FOX news which almost admits that it is not presenting news but a rhetorical brow beating session where the onlooker can marvel at human being’s ability to humiliate each other in public…), tuning in to Comedy Central’s ‘Jon Stewart,’ and to other parody style shows which examine current affairs with a healthy degree of wit and lampoon.