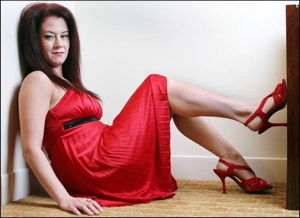 The adventures one can end up having in Las Vegas.

In a new interview released by Vanity Fair with Tiger Wood’s ex squeeze Mindy Lawton the reader is offered a compelling initiation into the behind the scenes of a presumed super star misbehaving with abandon. Full of savory references that would make even disgraced Governor Elliot Spitzer wince the reader is left shaking his head and ostensibly wondering if only he could live the life that Tiger Woods leads or better still eternally grateful that they are spared the tumultuous situations that bad boy Tiger so often found himself in. The excerpts as follows:

• Mindy Lawton says she met Woods for one rendezvous at 5:30 in the morning, before he had to leave for a golf tournament. Although she was menstruating, he insisted on having sex with her, but when the key card to access his office didn’t work, he drove to a nearby parking lot, where they had sex in his car.

The article then continues because we all know if you’re living such a charged super double life there is always more dirt and of course there certainly is:

After they left, Lawton claims, reporters from The National Enquirer, who had been following her, picked up the tampon she had dropped in the parking lot, and later threatened to use it as part of a story exposing Woods’s infidelity. When the tabloid contacted one of Lawton’s relatives, Lawton texted Tiger in a panic, and he put her in touch with Mark Steinberg. “That’s when their brush-under-the-rug, the cover-up, happened,”

And you all thought Tiger was home sitting there making peanut butter sandwiches for the local Christian Civic Center down the road…Continues the report:

• With many of his mistresses, Woods was allegedly exceedingly cheap. Mindy Lawton says the only thing he ever bought for her was a chicken wrap from Subway (he was stopping there on his way to meet her). Tiger and his mistress Jamie Jungers broke it off, according to Jungers, because he refused to help her financially.

Oh well, such is the life of aspiring media whores…