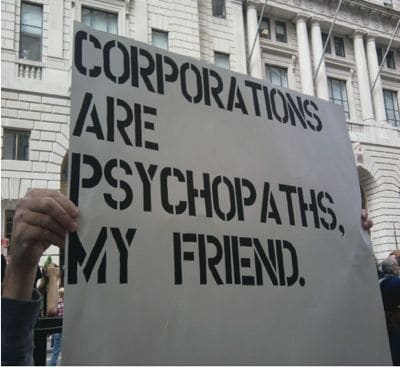 It was bound to finally happen, a segment of the population taking to the streets to bring attention to the current dissonance of our times, the absurdity of living in America, the disproportionate allocation and control of assets (the most extreme ever in the history of the USA) the almost tyrannical constructs of the application of power, our liberties (for our ahem, safety of course), and the delusional aspirations of a country that still believes that most of us can still achieve the American dream, or the jackpot to telegenic fame and fortune.

Of course most of us know or at least sense that this is sheer baloney and hyperbole, nothing more than a carrot to keep most of us in our place (or worse from seeking to change the system), believing in the steady cadence of government, corporate rhetoric which despite their assertions of liberty and prosperity for the greater collective has in the space of the last 20 years achieved the starkest demarcation between the haves and the have nots.

Corroborated by a compliant main stream media that has been adept at keeping most tenuous/critical discussions off radar (the notion that most media discussion is liberal is a very arguable one at best) is it any wonder that entrenched power interests have succeeded in gaming the system, keeping certain individuals, entities and paradigms off radar and at the same time amassing more wealth in the last 20 years than the previous century combined whilst most have struggled to maintain economic parity and opportunities that were understood to be par for the course if you at least had a college degree and half a smidgen of inspiration to excel.

So much off radar, most media entities have chosen for the large part to ignore the newest crop of protesters who go by the mantra- ‘occupy wall st,’ as they seek to give legitimacy to their concerns of disproportionate representation of various interests – chiefly financial institutions as they head into the end of week one of their sit in campaign within the vicinity of downtown Wall st, NYC.

Where as in most media outlets have chosen to ignore the current sit in, some outlets have attempted to portray the protesters as nothing more than ‘pretentious do nothings‘ complicit in the very thing they argue against. Which is a round about way of saying if you cant get people to be quiet you might as well ridicule and sully them and hope to see how much mud sticks.

All of which at the end of the day is nothing but business as usual within the constructs of an imperialistic dogma that rewards certain risk taking and strategic exploitation of various segments of the market (to think that I am sounding like one of my old economic professors is admittedly alarming me….). But therein lies part of the problem, the market can no longer bear fruit, with the average consumer unable to afford those products deigned for it because it no longer has access to a healthy way of making a living within the traditional structure of a capital/labor construct, is overloaded with debt and or can no longer attain access to debt despite record low interest rates which has only served to fuel financial speculation as opposed to legitimate production.

The severity of our current situation can be seen by this past week’s dog dive across the board in financial markets, from debt, equity, and now even the natural resource sector including gold and oil which had until recently seen big price upswings. The sour notes being voiced by recent announcements by  fortune 500 companies, the Federal reserve that not all is going well and for anyone astute to the machinations of the markets one has to begin to wonder how bad will the rout become as various players scramble to get off the dizzy merry go round. Never mind the fact the system is now beginning to show signs of implosion at its own hands…

Apart from the market displaying deep fatigue and signs of internal wear and tear (yes it will be a matter of time before the government will be asked to bail some bank or hedge fund out to big to fail lest it bring the whole system down, where as you the consumer will have to squeal in a vast void that has little regard for you), there are other reasons why a certain degree of palpable discontent is making the rounds: the lack of credit as I have already mentioned which is inhibiting consumption, the lack of progressive work opportunities (the market is littered with over qualified under employed candidates) and the general inertia of the consumer who is already saddled to the tilt with debt and discontent with a system that they sense plays by different rules for power interests, hence the current occupation of downtown wall st quarters by the current crop of protesters. 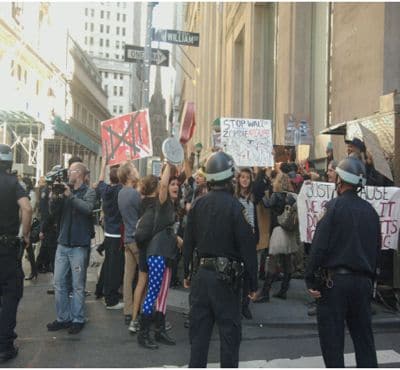 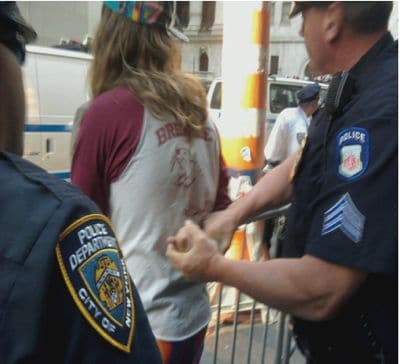