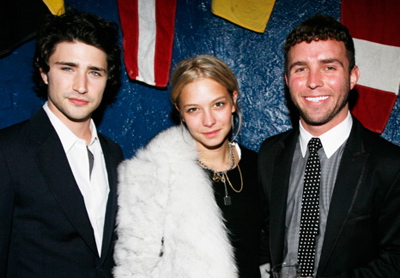 GoG: Annabelle Dexter-Jones comes from one of New York’s most eclectic and philanthropic families. She was one of the first of her demographic to venture downtown, moving there with her family when she was 12 and “commuting” uptown to school.

Commuting uptown to go to school. Chic! That is impressive and bordering on the avant garde. Chiara Atik – (the author of this article) – I forgot to ask you how many times you have appeared on PMC? Doesn’t matter- you’ll tell me later. Never mind I’ll check with Patrick myself…(I’m sure he has a note book with notches on it at home- right Patrick?).

GoG: What Makes Her A Socialite:

What Makes Her A Neolite:

Anabelle, may I call you that, or is your real name an alias too? First, I’m impressed to read you went to Chapin. I hear the waiting list is 17 generations. Very well done. She models. Now that’s impressive. Did I mention I’ve been thinking about enrolling Charisma my dog to modeling school. Anabelle is there such a thing? And the clincher -271 pictures on PMC. But who’s counting? Not you Anabelle? Rachelle stopped counting after 1456 photos, as for Paul the little darling is still counting. 96 307 and rising. Oh well.

Now the neolite part. A tattoo that says ‘oops.’ The guy down the hallway, an ex felon has a tattoo with the words ‘Piss off’ on his forehead. Personally I think ‘oops’ is cuter. Loves Doc Martens. That’s kind of 80′s right? But I guess that’s retro irony. Right Chiara? That’s part of the trick of making it as a neolite I suppose?

Went to a Bard College (okay I’ll give you that one Anabelle)- and hosted a radio show that discussed Dawson’s Creek. Isn’t that some television show that the kids in Alabama watch Anabelle? Never mind – the 271 PMC photos is the real clincher.

All You Need To Know About Campervan Rentals

The Most Popular Types of Online Gambling Games