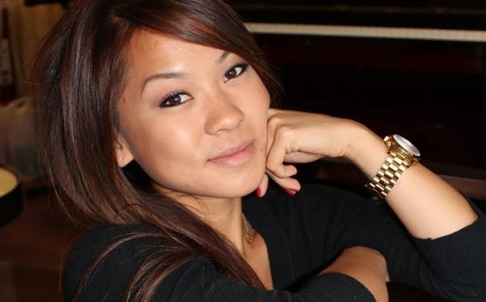 Is the defense insinuating that the Kim Pham got what she deserved?

Defense attorneys yesterday told Kim Pham, the 23 year old woman who came to die from a savage beat down outside of a Santa Ana, California club took an aggressive role in starting the fight which led to her mortal beat down.

Coroner’s officials concluded that Kim Pham’s death was due to complications from blunt-force trauma to the head. Santa Ana police officials told the blows were from hands and feet and that no weapons were used.

In pre trial proceedings yesterday, Candace Marie Brito, 27, and Vanesa Tapia Zavala, 25, were both charged with the murder of Kim Pham outside The Crosby on Jan. 18. They both pleaded not guilty.

Cops also told that they have now identified a third woman who was named a ‘person of interest,’ but they have not released her identity. Investigators say they plan to interview her.

Prosecutors say cellphone video of the incident clearly shows the three women kicking and punching Pham, who was declared brain dead and was removed from life support several days later.

‘There’s no question in my mind,’ said prosecutor Troy Pino.

Defense attorneys, however, insist Pham was actively involved in starting the bar fight.

Retorted defense attorney Michael Molfetta: ‘It was a melee. It was very, very, very explosive. And it’s unfortunate somebody died as a result of it. She certainly didn’t deserve it, but she certainly did her part in instigating it.’

Prosecutors say it doesn’t matter who started it.

Told Pino: ‘Who threw the first punch is in dispute and irrelevant,’

‘The blows that were administered, the victim was on the ground, so it doesn’t matter how it got to that point. She was then vulnerable, and any assault at that point was unjustified.’

Prosecutors also say the beating has been mischaracterized. When cellphone video of the fight viral, some people believed no one stepped in to help. Prosecutors say while some did nothing but record with their cellphones, up to 15 others tried to intervene.

‘There were plenty of people who got involved and tried to stop this altercation. Plenty of people — security guards, friends of the victim, bystanders.’ Pino said.

To date debate has ensued as to whether bystanders should have gotten involved and why many may have chosen not to come to the rescue of the beleaguered Kim Pham.