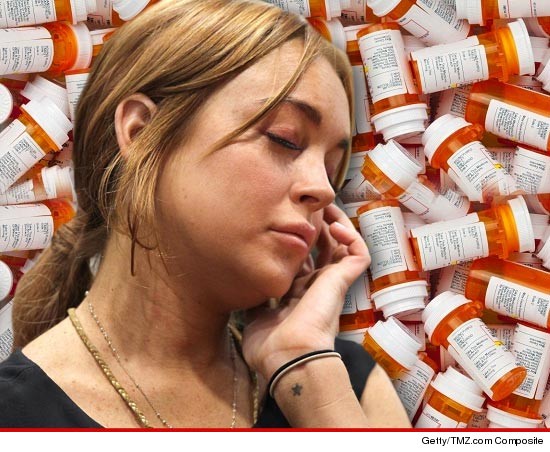 Lindsay Lohan is a delicious drunken mess in Brazil.

Lindsay Lohan back to locked rehab whilst dad Michael screams at lawyer.

Lindsay Lohan was very late for her trial appointment.

Kids Lindsay Lohan has laid down the law and it is now time for all of us to pay attention.

Her highness refuses to attend her upcoming lock down rehab (alas reality will be zooming in momentarily after her Cachaça spritzer wears off…) without her agreed to supplement (for a lack of a better word)- adderall.

tmz: Lindsay Lohan drew a line in the sand during plea negotiations in her lying-to-cops case — she’d agree to rehab ONLY if the facility would allow her to continue taking Adderall … sources close to LiLo tell TMZ.

Our sources say Lindsay has taken Adderall — used to treat Attention-deficit/hyperactivity disorder and misused for various other purposes — daily for years.  She believes she needs it to function.

But kids here’s the catch. No legitimate rehab facility worth their salt would ever allow a patient (that’s a kind word to use for Lilo I guess…) to check in with the contraband pharmaceutical. It just goes against convention and policy.

It’s pretty ironic … when Lindsay was jailed back in 2010, she got a doctor to prescribe Adderall while she was behind bars … even though her ADHD diagnosis was called into serious question.

Nevertheless, Lilo’s lawyer, master thinker of celebrity misfit inconveniences, Mark Heller has vowed to find a rehab center that will give Lilo her exemptions.

Because what’s the point of rehab if you’re not allowed to bring the good shit with you to the party?