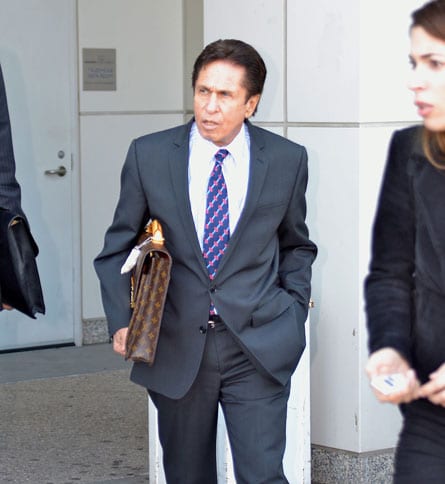 Welcome to the mad hatter trial case that Lindsay Lohan will soon be regretting.

Kids here’s some news that probably wont surprise you, but this afternoon, Californian judge, Judge Jim Dabney ostensibly told Lilo’s lawyer, Mark Heller that he has shit for brains and that he wants Lilo to think twice about whether she wants that bixch to represent her.

The hawt mess began when Lilo’s lawyer, Mark Heller tried to get his client a delayed trial date (that’s right, Lilo and co yesterday decided against the prosecution’s plea deal to just turn up to rehab for 30 days and let bygones be bygones, so instead everyone now has to turn up to trial cause Lilo insists her ass is booze/drug free and innocent) on the grounds of compassionate reasons. Of course that’s like asking the Romans to delay sweet Jesus’ crucifixion cause that shit might hurt and put a damper on Easter celebrations.

Nevertheless, Judge Jim Dabney then proceeded to take Mark Heller to task and explain to him his ass was dumb, unversed with Californian law and all round too incompetent, even for the likes of Lilo.

TMZ goes on to explain that the judge informed Mark Heller he screwed up the legal docs he filed by not following California law … and the motion to dismiss charges was DENIED.  Heller tried to blame the previous lawyer, but his paperwork was so screwed up … his argument fell on deaf ears.

After the hearing, Heller responded to the judge’s criticisms outside the courthouse, saying he doesn’t believe the judge was calling him “incompetent” outright … just pointing out that things are handled differently in California than in New York.

Lilo is set to regret the day she met Mark Heller when his ass throws her to the wolves on March 18. On another note Mark Heller carried a very nimble Louis Vuitton briefcase that even had the vultures circling downtown LA today wincing…