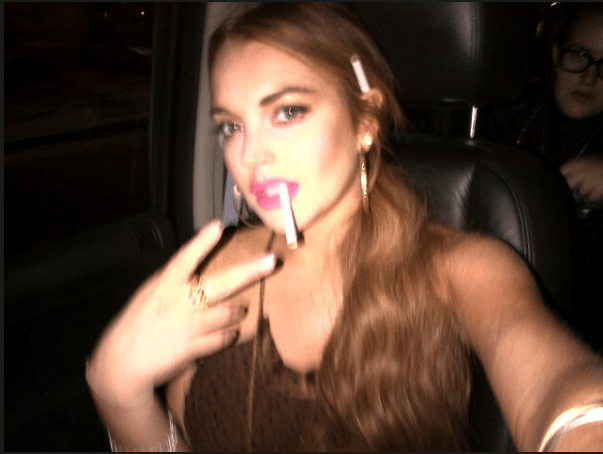 Lindsay Lohan back to locked rehab whilst dad Michael screams at lawyer.

Lindsay Lohan may have copped a 90 day locked in rehab sentence from the Californian courts recently but that it seems has not tempered our collective hero’s drive to continue guzzling the good shit.

Tell sources (yes spies/maggots attach themselves to your water buffalo rump when you’re a world collective hero) to tmz:

Sources close to Lindsay tell TMZ she was at the bar of her hotel in Beverly Hills just hours after her court hearing on Monday … knocking back vodka sodas. We’re told Lindsay did not seem fazed by the irony of the situation.

It goes on — we’re told Lindsay went to a club in San Diego called FLUXX last night with a friend, arriving after midnight. Our spies say LiLo was wearing a Yankees cap and a hooded sweatshirt and sat at a VIP table ordering vodka on the rocks all night.

We’re told Lindsay specifically request that vodka be served from a glass carafe … this way the table would not have any alcohol bottles on it.

Glass carafe? That ought to stop the maggots swilling inside the vodka tannin from seeping into Lilo’s stomach and affecting her with the yummy syndrome, or will it?

Tmz go on to say that Lilo insists that her ass has no substance abuse issues and that bixch does not need professional help.

When the world needs an alcoholic to point to there will also be our collective hero who will be forever drunk for us as she mantles her crucifix on a Roman hill and bleeds profusely for our collective tainted souls.