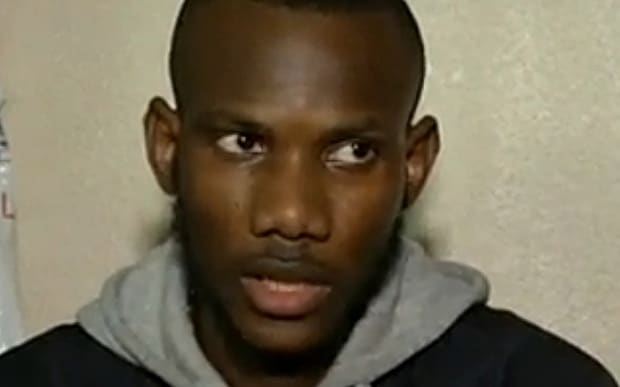 Lassana Bathily a Muslim shop assistant is being hailed a hero after risking his life to hide customers in a Jewish kosher supermarket in Paris whilst all the while texting directives to authorities during a siege involving gunman Amedy Coulibaly.

Since the ordeal, Lassana Bathily, 24, the shop assistant originally from Mali in west Africa, has been praised in the saving of 15 hostages who he managed to guide to safety in a supermarket chiller.

Did Hayat Boumeddiene escape to Syria? Is wife of Amedy Coulibaly planning another attack?

The siege would ultimately end with Amedy Coulibaly being shot dead along with four workers who had attempted to disarm Coulibaly prior to cop’s arrival.

Told Bathily via BFMTV who is said to have personally escorted six hostages to safety: ‘When they ran down, I opened the door [of the freezer].

Using a goods lift he escaped and was able to give the police valuable information about what was happening inside and where the hostages were hiding.

Shy and reluctant to tell his story he admitted that after the shoot-out many of the customers came to shake his hand and thank him for what he did.

Today his picture – labelled Malian Muslim – has been tweeted around the world as a symbol of the good of people united against terrorism.

Read one tweet from @worldwithjan read: ‘A true hero of the hostage crisis in the kosher grocery store yesterday.’

Whilst another commentator would write: ‘Lassana, well done and congratulations, I look forward to hearing from you to newspapers 20:00. You are a hero! You deserve the Medal of Courage AND the Legion of Honour. Sincerely’

Jewish community members have since held a vigil on Saturday for the four victims.