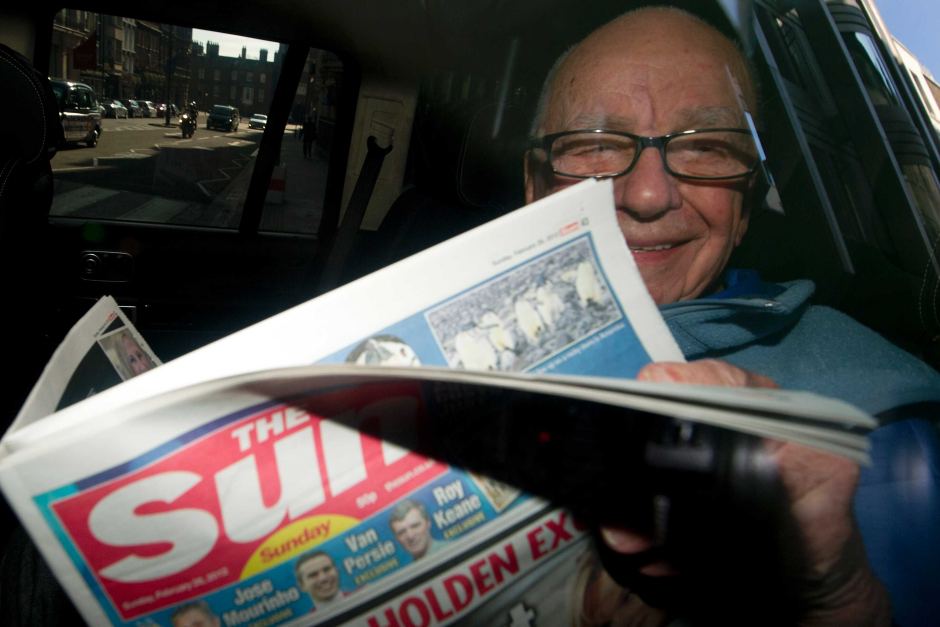 Media tycoon Rupert Murdoch has caused fissure following a tweet where he opined that all Muslims should be held responsible for the recent terrorist attacks in France, which originated earlier this week with the gunning down of staff at Charlie Hebdo at the hands of Islamic radicals.

Tweeted the conservative media mogul: ‘Maybe most Moslems peaceful, but until they recognize and destroy their growing jihadist cancer they must be held responsible.’

Murdoch would maintai his stance in the face of an avalanche of dissenters , telling his more than 500,000 followers that ‘political correctness’ made for ‘denial and hypocrisy’.

Murdoch would also add: ‘Big jihadist danger looming everywhere from Philippines to Africa to Europe to US.

Did Hayat Boumeddiene escape to Syria? Is wife of Amedy Coulibaly planning another attack?

Needless to say Murdoch’s thoughts would create a stir, with a variety of commentators taking to social media questioning the mogul’s outspoken views.

Told one user:  ‘You can’t hold an entire religion of billions responsive [sic] for the actions of a few’

Erwin Renaldi would write: ‘I’m really sad reading this. Insulting my faith and I have nothing to do with the extremists and I can do nothing.’

Whilst Simon Edhouse would add: ‘Rupert, is West responsible for our extremists, Anders Breivik? etc’

Of course it wouldn’t be lost on others that part of what may have ignited the chain reaction which saw radicals resorting to violence was the idea that one ought not insult or ridicule one’s faith and not be prepared to risk some retribution (this is the real world after all …).

Opined Financial Times columnist Tony Barber earlier this week: Charlie Hebdo has a long record of mocking, baiting and needling French Muslims. If the magazine stops just short of outright insults, it is nevertheless not the most convincing champion of the principle of freedom of speech. France is the land of Voltaire, but too often editorial foolishness has prevailed at Charlie Hebdo.

This is not in the slightest to condone the murderers, who must be caught and punished, or to suggest that freedom of expression should not extend to satirical portrayals of religion. It is merely to say that some common sense would be useful at publications such as Charlie Hebdo, and Denmark’s Jyllands-Posten, which purport to strike a blow for freedom when they provoke Muslims, but are actually just being stupid.

That view though would in turn lead to commentators taking exception with the journal, with one commentator writing:

Muslims and any religious fanatics who kill and maim other human beings for not adhering to their barbaric religious beliefs are stupid.

Standing up to them and smoking them out of the woodwork of civilized society is not stupid. It’s necessary. Sometimes, freedom of speech has to be defended.

The Financial Times is not up to the task.

>>>Charlie Hebdo has a long record of mocking, baiting and needling French Muslims

So what? French Muslims need to learn to live within modern society, and understand that their beliefs are not special, are not afforded special protections that nobody else gets, and are going to be criticized.

If they can’t accept that, they need to go live where they are more comfortable. Perhaps in a utopia like Saudi Arabia, where public beheadings via sword-wielding psychos are a sanctioned form of execution and women are not allowed to drive cars, or perhaps Iran, where homosexuals are hanged from cranes.

We are not going to be lectured to by barbarians and their enablers about what our freedoms ought to be.

Which raises the question by continuing to antagonize an entire community, ever sensitive to the way the  Western media continues to disparagingly portray them, are we not as a society, provoking ideological conflict and setting the course for recrimination, never mind the view that one ought never resort to violence when one disagrees with an idea in a civilized society? Isn’t Rupert Murdoch being just as incendiary as those he insists to be?

Yet then again define civilized and responsible and should media agents such as Rupert Murdoch not be exercising more discretion given their power and influence as opposed to coming out and brandishing condescending remarks about a collective which only serve to repudiate the notion that whilst the media and individuals are free to debate, to say what they like they also ought to bear in mind that actions and words do lead to cause and effect as much as we politely like to believe that one ought never resort to such course of action? Perhaps Mr Murdoch ought to politely remember his place in society and his own manners … or the lack of.

Maybe most Moslems conservatives peaceful, but until they recognize and destroy the growing jihadist FOXNews/media cancer they must be held responsible.

I hold Murdoch equally responsible for deaths of hundreds of thousands in Iraq because it was his media outlets which campaigned for war against Iraq.

I have hardly ever agreed with Murdoch but he speaks the truth. No Muslim organization or government have condemned this massacre which clearly shows support.

Rupert Murdoch has the courage to articulate views of the ordinary peoples. He should be applauded for that. Politicians(hypocrites) on the other hand pander to the “politically correct” bu..sh.t and are in the state of denial.

How come the 1.6 billion people responsible.

Does this mean that 2 billion Christians are responsible of Guantanamo.

Via Tariq Ramadan, professor of Contemporary Islamic Studies at Oxford University: There is a big difference between asserting a responsible word that, on the one hand, denounces and condemns the heinous acts committed in the name of our religion or our nation, and, on the other hand, cultivating a sense of guilt and self-flagellation,” he wrote.

“What is happening today is not an issue for the Muslims invited, again and again, to apologise. It is the responsibility of all of us, all human beings, as we are called to stand up and denounce, together, all the horrors, wherever they are in the name of our principles, on behalf of all victims, with the same force, the same determination, the same courage.

French Prime Minister Manuel Valls: ‘We’re at war, but not at war against a religion, not against a civilization, but at war to defend our values, which are universal,’

‘We are not a collection of communities, we are one nation, a Republic with values: generosity, solidarity, fraternity, secularism,’

‘We must also be lucid: antisemitism, racism, hatred of the other, these things are intolerable… Journalists were killed for drawing, police were killed for protecting us, and Jews were killed because they were Jewish. This is what is intolerable. The indignation must be total and permanent.’

Rupert Murdoch is the only reason needed to love Fox News. Pure no-spin bigoted nonsense. Just what his viewers crave. What a business-man!