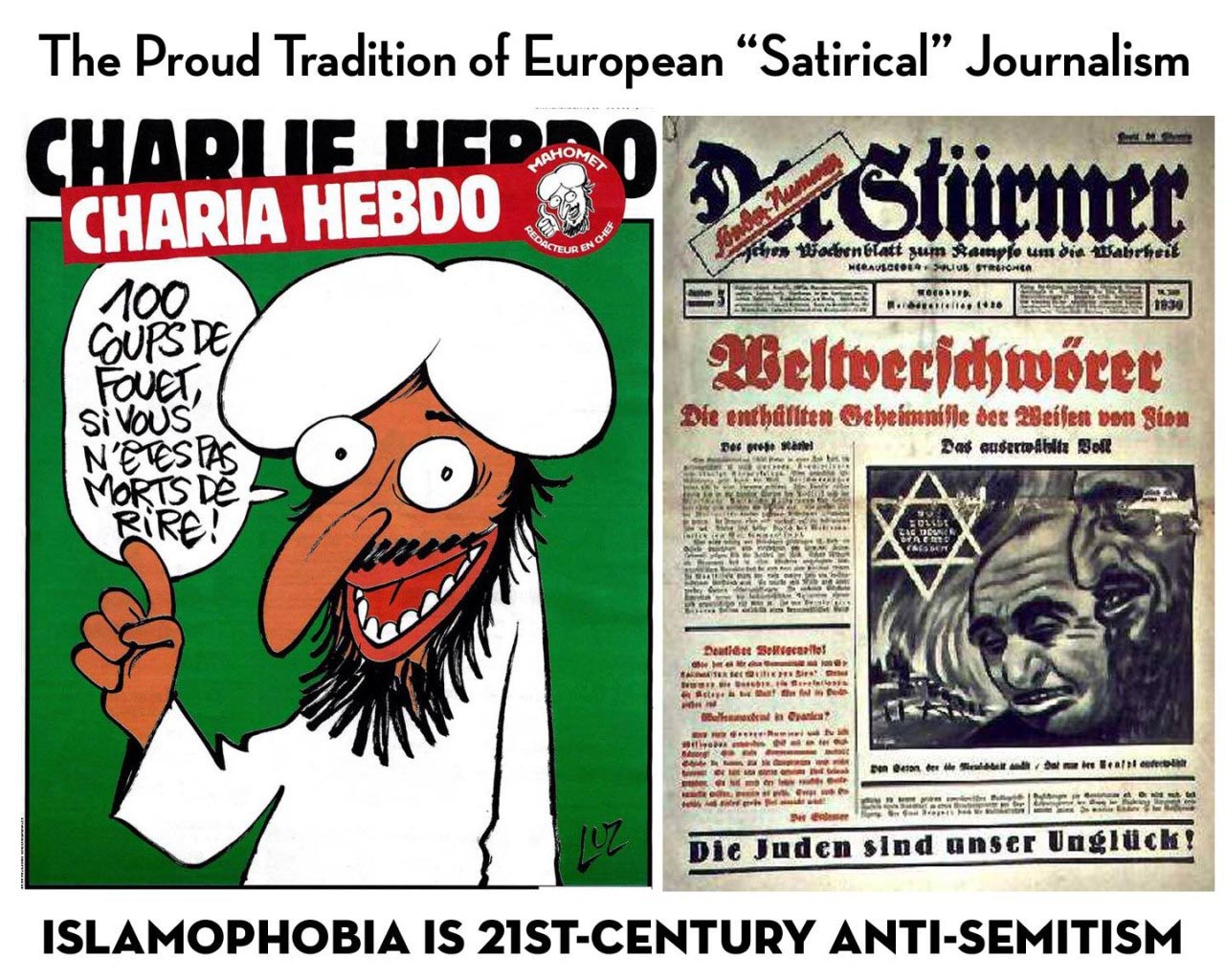 In the face of the Charlie Hebdo attack questions have been asked how could a terrorist collective have resorted to attacking a media outlet after taking umbrage to words, images satirizing their faith? The truth is this has nothing to do with religion or an assault on our rights with free speech. Rather this has everything to do with socio economic discord and until the press come to terms with that we can continue to expect more recrimination and desperate behavior from those who feel they have few choices.

Police chief in charge of Paris Attacks commits suicide. Was he killed off?

The job of the media is foremost to inform, report on facts along with fostering a greater understanding at the cultural dialectics at play. Unfortunately that is wishful thinking at present as the mainstream media has resorted to occupying entrenched lines: us versus hateful Islam.

Did it occur to most of us that the youth who enacted this brand of terrorism did so in retaliation of being constantly relegated to the ghetto and a disenfranchised existence. Taking umbrage to negative stereotypes had nothing to do with religion but everything to do with the continued hackneyed portrayal of a collective as degenerative and beyond salvation. Because after all they are muslims hellbent on destruction and radical behavior.

Radical behavior? Have we forget the radical behavior of Western capitalists who first colonized hundreds of years ago most of North Africa (and by proxy ripped these nations of their wealth?), who supplanted an entire county, generations to come.

Radical behavior. What about the behavior of trying to indoctrinate entire nations in the Mid East (cause that’s where your oil barrels come from) with Western belief systems and power struggles? Take a peek where all the drone missions are taking place? Take a peek at where America has set up military bases where it hopes to exact economic largesse and don’t think for a moment it is for the freedom and liberation of the citizens there but for the very few entrenched who are willing to be handsomely paid to be a puppet for the US, UK and French interests. A discussion you are not liable to read in the mainstream press who have long been bought for by the corporate establishment. 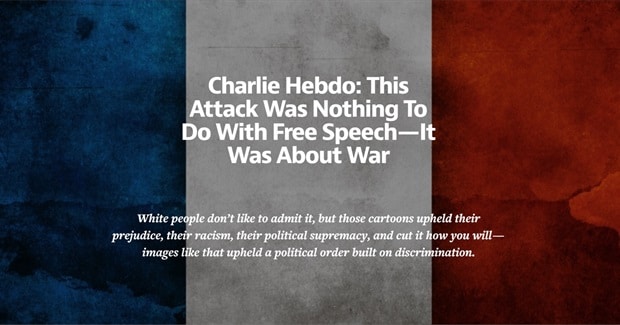 Then there’s Rupert Murdoch who has repudiated his influence of mobility and access by choosing to stir the pot and accuse members of a faith of being directly responsible for the dastardly behavior of a desperate lot.

Then again are we at all surprised? Mr Murdoch’s position is to divide and conquer and sell you baloney and the baloney you will eat to kingdom come.

Contemplates wsws.org: In the immediate aftermath of the shootings, the state and media are seeking to exploit the fear and the confusion of the public. Once again, the political bankruptcy and essentially reactionary character of terrorism is exposed. It serves the interests of the state, which utilizes the opportunity provided by the terrorists to whip up support for authoritarianism and militarism.

The capitalist media, skillfully combining the suppression of information with half-truths and outright lies, devises a narrative that is calculated to appeal not only to the basest instincts of the broad public, but also to its democratic and idealistic sentiments.

One continuing idea is that the staff at Charlie Hebdo were targeted because they dared make fun of Islam and that Muslims don’t take too well to you making fun of their faith and that one ought to be able to say what they want to because such rights exist in a free country.

Are we being simplistic and purposefully naive?

How many journals would be closed in a heartbeat if one began publishing recriminating interpretations of say the Jewish collective or the corporate elite? Do you suppose one could last for a long time and not get in trouble for exercising your free right to question certain behavior in certain quarters of society? Or at the very least will the mainstream really give you airplay or just relegate you as a madman or an extremist?

Granted the staff at Charlie Hebdo had left wing dispositions and sought to challenge the status quo, but what they also did was relentlessly create an image of Islam as a faith, as a collective being the purveyors of incorrigible dispositions, hellbent alarming attitudes (look they just beheaded another individual, but hey the US and UK just war droned a whole village too whilst you were asleep last night).

Such attitudes are never a problem in militant France where the underclass are hated, despised (just ask President Hollande who has been noted to despise the very collective who voted him into office) and never mind if you are from Islamic faith. The implicit assumption is that your lot belong in the hell that is waiting for you in the gutted bainleaus which you are forced to live in.

Do you think such debased criticism of a higher economic community (with the means to challenge your assault on them) would have allowed the editorial team at Charlie Hebdo to continue to have thrived?

It is absurd to claim, by way of defense of Charlie Hebdo, that its cartoons were all ‘in good fun‘ and had no political consequences.

In a society that curries unabashedly negative sinister caricatures/stereotypes (but yes we are all free to express ourselves, so why not?) and is forever reluctant to examine other quotients (aka Rupert Murdoch and his extremist type of media) in the end one can’t help but help but wonder if such disparaging stereotypes are in fact correct, forever cementing the idea that Islam is its own reason for continual demise. Never mind the West’s own complicit nefarious violent behavior that the establishment conveniently sweeps under the floor.

If you want to have an honest discussion of what’s going on, why a certain class of people chose to react the way they did one must be willing to have an unbiased examination of cause and effect? Do we really think that this is about being offended by satire, images, cartoons, the desire to revoke free speech, religion or the hard core divisive elements of how a collective has repeatedly come to be socially and economically marginalized and pushed to the brink of despair…?