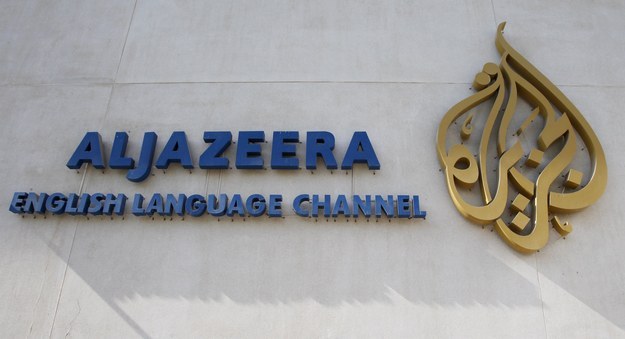 Leaked Al Jazeera emails have exposed a rift between the media outlet’s Qatari based location vs its NY based depot with respect to the coverage of the Charlie Hebdo slayings.

The fissure came after Al Jazeera English editor and executive producer Salah-Aldeen Khadr sent a memo to staff as to how to cover the Charlie Hebdo massacre, prompting the question whether if the attack was really an attack on free speech #I am Charlie (our publication has argued that it is not) European values or a clash of extremist fringes or as some would come to wonder and abuse of free speech?

Khadr would finish his memo by writing the following: ‘Defending freedom of expression in the face of oppression is one thing; insisting on the right to be obnoxious and offensive just because you can is infantile.’

Reacting to the memo was US-based correspondent Tom Ackerman, who opined: ‘If a large enough group of someone is willing to kill you for saying something, then it’s something that almost certainly needs to be said, because otherwise the violent have veto power over liberal civilization.’

Responding in kind to Ackerman’s post, Doha based correspondent Mohamed Vall Salem wrote: ‘I guess if you encourage people to go on insulting 1.5 billion people about their most sacred icons then you just want more killings because as I said in 1.5 billion there will remain some fools who don’t abide by the laws or know about free speech.’

Salem would add that he thought ‘what Charlie Hebdo did was not free speech it was an abuse of free speech,’ and ended by condemning the ‘Heinous killings’ but finishing in all caps ‘I’M NOT CHARLIE.’

The Jerusalem post would note that Al Jazeera’s senior correspondent in Paris Jacky Rowland responding in kind: ‘We are Aljazeera. So, a polite reminder: #journalismisnotacrime.’

Rowland’s response would in turn prompt the following terse response from of Al Jazeera’s Arab reporters, Omar al Saleh from the Al Jazeera English Chanel: ‘First i condemn the brutal killing. But I AM NOT CHARLIE.JOURNALISM IS NOT A CRIME

INSULTISM IS NOT JOURNALISM. AND NOT DOING JOURNALISM PROPERLY IS CRIME.’

And then there was these response from readers on the web which made me wonder:

People are ALWAYS going to be offended by something.

You know what? I consider extreme muslims and christians constantly denigrating the LGBT community incredibly offensive and an abuse of free speech.

I consider radical anti-mmigration activists who have racist and xenophobic stances incredibly offensive and an abuse of free speech.

Am I allowed to censor them? Absolutely not. They have every right to spread their views, even though I hate them. I have the same rights, tools, and platforms to respond in a non-violent way if I choose to do so

Either we ALL have free speech, or none of us do.

I hate this double standard that religions get immunity from harsh criticism? Why?
What’s next? Censoring political views? Some people are very into communism, feminism, libertarianism, almost religiously so.

Charlie Hebdo is without a doubt a bigoted publication. But it is also spurious and irrelevant. An extreme fringe of French society. Most moderate Muslims wouldn’t even know, or even care about a satirical cartoon.

What the muslim extremists, the islamists, didn’t realise is that those cartoons didn’t restrict their freedoms in any way. They had the equal opportunity of launching a counter protest, or draw cartoons mocking the magazine if they wanted. They still had their freedom of expression.

No to the dictatorship of the majority. We must protect the rights and freedoms of ALL minorities. Bigots like Charlie Hebdo cartoonists, for better or for worse, are a minority too.

Equality for all, that’s it.

I never thought Charlie Hebdo was good taste. I would have disagreed with their postures and proses, I often found them excessive and not funny. That is not the point, however. Whether I found them offensive or not, is not the issue here. No one has ever forced me to open, read, or buy Charlie Hebdo. It was a choice I had and a choice I took once in a while. It was also a freedom of being silly they had, and that they exerted. They knew of the risks, and they stood for what they believed in. The only difference is that they did not try to impose it on other people by the use of coercive maneuvers, violence, threats, etc. as we so often see with fanatics, but they did it for the general good, for the Gaulois spirit who still lives in the French people, hence the reason why 4 millions Frenchmen took the streets yesterday to pay a tribute to these great men. In their inner selves, they felt this meant much more than the simple human tragedy.

The “free speech” argument is total BS when you consider that in many European countries, including France, you can be prosecuted for Holocaust denial, and Charlie Hebdo itself once fired an employee over a cartoon it published that was falsely accused of being anti-semitic. If France is going to outlaw Holocaust denial, it must protect all other religions from hateful attack as well. The current situation is pure hypocrisy.

Let’s say I fervently believe in Zeus. Is it reasonable to demand that billions of people who don’t “respect” my belief desist from making Zeus jokes? Now let’s further assume I’m a moderate Zeus worshiper but others are more extreme. An enraged Zeusian, swearing to avenge Zeus’s honor after a bawdy cartoon in a student newspaper, kills a student cartoonist. Now, as a moderate, I’m utterly appalled by the murder but my attitude is that the murder, while wrong , was to be expected given the heinous offense to my god (basically the same logic that women who wear mini-skirts invite rape). Here’s the thing – IT’S PREPOSTEROUS! It’s preposterous to demand respect for my belief in Zeus, it’s preposterous for me to explain away murder by citing offence to Zeus, and it’s preposterous if Zeus has three devotees or three billion devotees. As a Zeus-worshipper, it’s my job and mine alone to avoid offending Zeus. Why? Because it’s fine for me to believe what I want but enforcing that belief on others by proxy is a ridiculous demand – regardless if I’m a Jew, a Christian, a Muslim, or a devotee of Zeus.