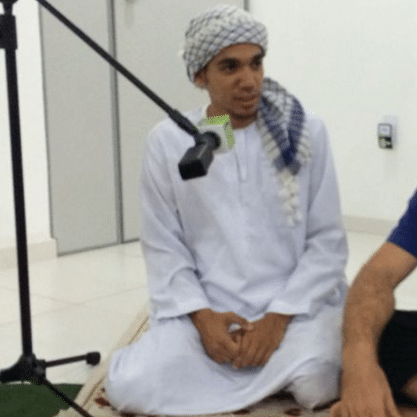 Mohammed Junaid Thorne an Australian Islamic fundamentalist preacher has caused fissure with his statement that ‘insults to the Prophet Mohammed are ‘not allowed’ and a ‘very likely to simulate some kind of response.’

A statement that perhaps overlooks the fact that in a free country one is free to express their views as they see fit, even if one is offended by such views.

Nevertheless even free nations hold individuals accountable for statements which incite violence, slander or harassment, to what degree though might often be the case of how good one’s lawyer is. And whether we like it or not, yes ‘insulting’ any religion, idea as some would have it, is at times likely to lead to some in society to seek to wish to impart revenge or vile reactions, something that editors, journalists ought to take into account in the real world despite the revered contention one is free to say what they want and when.

Adding insult to wounds, the mid 20’s year old Perth based self styled sheik would also tell that staff at Charlie Hebdo had ‘forbade to learn the lesson’ of a firebombing in 2011.

At the time a bombing would occur a day after a caricature of the Prophet was published in the French journal.

Tweeted Mohammed Junaid Thorne: ‘Insulting someone’s Prophet is very likely to stimulate some kind of response. It is not allowed under any context/religion,’

‘If you want to enjoy ‘freedom of speech’ with no limits, expect others to exercise ‘freedom of action’.’

‘When you provoke an enormous number of people, or degrade the followers of a religion by insulting something or someone they hold sacred, don’t expect to be left alone.

‘This goes for everyone: Muslims and others. The cartoonists in #CharlieHebdo had made it a habit of insulting our Prophet -peace be upon him-.

‘They were warned and even threatened more than once. On one occasion, their premises was fire-bombed, yet they forbade to learn a lesson.

‘I’m not condoning what happened, but I’m just stating that there must be a line/limit for freedom of speech, and when people or religions are being affected, the boundaries shouldn’t be crossed.’

Thorne would add he was praying for all violence to come to an end, adding: ‘There is now a hashtag on twitter (calling to kill Muslims) and no one is being arrested or charged for that, neither is it gaining any media attention.’

Perhaps not unexpectedly, Thorne’s views would provoke Australians to offer the following views (and thank god not actions):

Via smh.com.au: Social media users slammed Mr Thorne for defending the actions of the gunmen and inciting hatred.

One directed a tweet at Prime Minister Tony Abbott asking “Junaid Thorne is a threat to the Australian community. What are you going to do about him?”

Another published Mr Thorne’s mobile number on twitter, others called him scum and accused him of preaching hate.

The sheik’s infamy comes after accompanying Australian man, Sulayman Khalid, 20, to a 2014 court appearance after Khalid was accused of a plot to commit guerilla warfare in the Blue Mountains, west of Sydney.

At the time, Thorne would decline to answer questions about how he knew Khalid, only to tell: ‘We used to go out in (Kings) Cross together… Since we started going to church’.

That said Thorne has in the past told he does not describe himself as a supporter of the Islamic State.

Telling Australia’s ABC last year: ‘If I were to vocalise my complete support to them [Islamic State], I would get in trouble,’ he said.

‘If I was to say that [I] don’t support them at all, that would be untrue.

‘I may support them on certain issues, while I disagree with them on other issues’.

Which raises the inconvenient question, if one chooses to live in a free society, isn’t one one obliged to follow and respect the laws of the land and put aside the idioms and jingoisms of an ideology that blatantly promotes retribution and hostility for daring to expose the fallacy of such ideologies? Or should we accept in today’s political climate ideology, retribution, knee jerk reactions, know no borders or context as much as we would wish it and implore it in a free society?