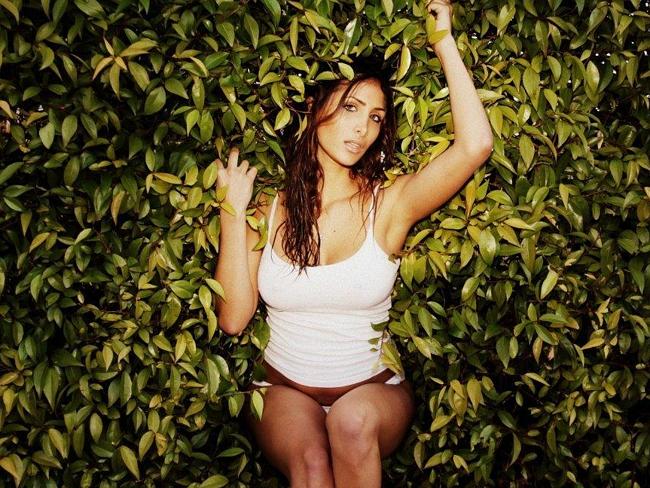 As the court continued to deliberate on the July 30, 2011 death of former Canadian ballerina, Lisa Harnum it heard evidence corroborating assertions that her then fiance Simon Gittany owned and controlled Harnum.

In text messages shared with the court, Simon Gittany was asked to comment on their significance.

One such text included one where he beseeched Harnum to only have eyes for him: ‘Please don’t let any guy talk to you or please don’t look at any guy as your eyes should gaze on me, the one.’

Asked why he sent Harnum the above text, Gittany replied he was ‘being cute.’

Another text went on to reproach Harnum: ‘Who the f*** do you think you are walking around the house like you own it or coming and going without my permission?

‘You walk around like a peacock with your hair out.’

Qualifying the text, Gittany replied he ‘was angry and I shouldn’t have sent that message.’

Yet where things become circumspect included cross examination with prosecutor trial lawyer Mark Tedeschi QC when he asked if Gittany had used his ‘superior strength as a male to commit a serious act of aggression’ when he dragged Lisa Harnum back into their unit.

Simon Gittany went on to agree but added the caveat that he had not intended to be aggressive.

Tells smh.com.au:  Senior Crown prosecutor Mark Tedeschi, QC, argued Mr Gittany was ”berserk” and ”apoplectic” with rage when he found out Ms Harnum had planned to leave him.

”You could not cope with the fact that she was no longer under your domination and control?” Mr Tedeschi asked.

Excused: Mother of Lisa Harnum, Joan Harnum, was given permission to exit the courtroom during Mr Gittany’s re-enactment of the incident. Photo: Dallas Kilponen

”I suggest that you had successfully brow-beaten her to deny her any effective voice in the relationship you had together,” Mr Tedeschi said.

”I suggest you threw her body off the 15th floor of your apartment knowing that the fall would take away her life.”

Yet it was when Tedeschi went on to ask Gittany what happened in the 69 seconds between the moment Harnum had attempted to flee their luxury unit and her falling off the ledge that Gittany was forced to reckon with the notion that he had indeed used aggression that had led to Harnum’s death.

Told Tedeschi: ‘I suggest that you threw her off the balcony while she was still wearing the handbag she had been wearing in the hall (at the time she tried to leave),’

’69 seconds after you committed this act of aggression, Lisa Harnum was dead.’

Went on to ask the prosecution: ‘Did you threaten her with death prior to her running out of the apartment?’

Responded the defendant: ‘No.’

The court went on to hear that Gittany was ‘angry’ and ‘humiliated,’ when he came to discover that Harnum had sought the help of two outsiders in helping her leave Gittany.

Asked to reflect on shimmers of light in a hallway captured on CCTV footage immediately after Gittany dragged Harnum back into the apartment, the prosecution posed if it was not Harnum attempting once again to flee the unit, to which Gittany responded in the negative.

Told the prosecution: ‘I suggest to you that she was screaming for help and banging on the neighbour’s door because you had said or done something that made her think her life was in imminent danger,’

‘Absolutely not,’ Gittany replied – and he told the court he could not explain why the door may have opened a second time.

Gittany told he did not make any attempt to go near it after they were both back inside after Miss Harnum had first left.

Posed Tedeschi: ‘She didn’t even have time to take off her handbag she’d had in the hallway before you threw her off the balcony,’

Gittany was pressed on his claim that after Lisa Harnum had been ‘subdued’ and dragged back into the apartment she had sat calmly on a sofa while he prepared her a cup of tea.

‘That just didn’t happen did it?’ asked Mark Tedeschi.

‘It did happen,’ replied Simon Gittany.