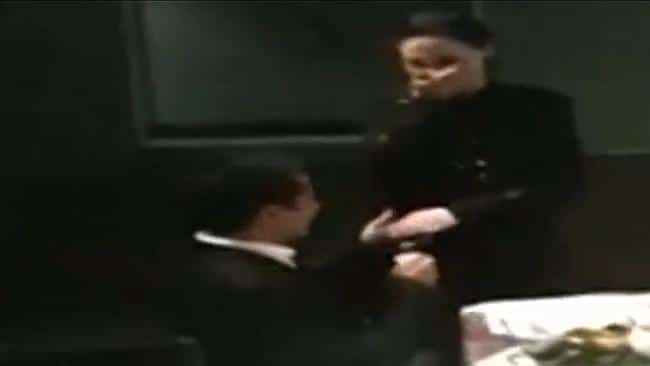 Simon Gittany has gone on to tell the court that he hid a hard drive which may or may not have contained evidence that may have incriminated him in the July 30, 2011 death of Lisa Harnum for which he has been charged first degree murder of.

In seeking to understand why Simon Gittany would have had his brother remove the device from the unit where the death took place, which would have validated his purported innocence, Gittany told the prosecution that he ‘didn’t trust the police.’

Told crown prosecutor Mark Tedeschi, QC: “I suggest to you the reason you got your brother to retrieve the hard-drive was you wanted to make sure there was nothing to incriminate you,”

Instead, Gittany told the Supreme Court in Sydney, Australia he had asked his brother to remove the hard-drive after he was charged with Lisa Cecilia Harnum’s murder because he didn’t trust the police.

At the time of his request to have the hard drive removed, Gittany was incarcerated.

Told Gittany: “Part of me didn’t believe police were telling the truth,”

“The hard-drive shows shows exactly what’s on the (computer) system so if any recording had been deleted I’d have found it on the hard-drive.”

Yet what mystified many was how or why Gittany came to believe the police could fabricate an instance of him throwing Lisa Harnum off the balcony as he has been alleged to have done had that actual scene not been taped.

Went on to ask the prosecution: “If you thought that there was any image on that hard drive … that would completely exonerate you in relation to the death of Lisa Harnum, why didn’t you notify the police?”

Replied Gittany: “I didn’t think about it,”

Also of note is why Simon Gittany on the morning of the death of Lisa Harnum had turned off CCTV video of the apartment that he had set up to monitor his girlfriend’s activities.

The court went on to be informed that Gittany had declined to tell police about the hidden hard drive which he had his brother remove and subsequently view along with a friend.

Asked if he thought to hand the video to the police, which according to Gittany showed no instance of foul play which would have also helped validate his innocence, Simon Gittany interestingly told that he did not. An assertion which struck many as odd and alarming.

Asked if he knew where the hard drive was, Simon Gittany replied he had no idea.

After having given his evidence, the prosecution went on to seek an application to have Simon Gittany’s bail be revoked. Gittany has been on bail since January of 2012.