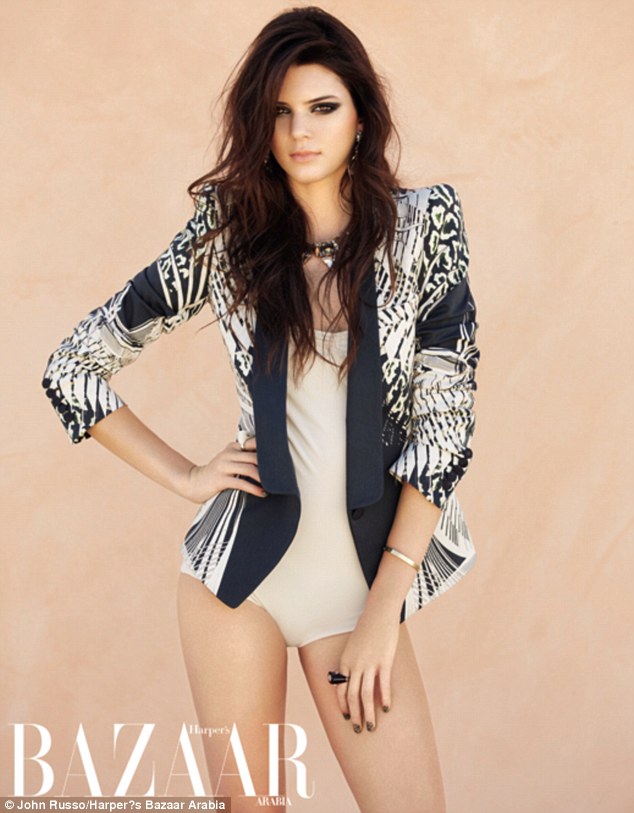 In a new shoot for Harper’s Bazaar Arabia, Kendall Jenner speaks out about the constant jaunts that she receives with respect to her weight. The overriding criticism being that she is simply just too skinny. A view that she considers unjust and harsh.

Reflects the model, who is part of the ubiquitous Kardashian clan:

Yet one wonders if the 17 year’s old constant haranguing may have something to do with her constant exposure via social media and the media in general which in some way has served to emphasize commentary on her physical attributes:

‘I’m a very loyal and very private person when it comes to my personal life. But I obviously do have Twitter and Instagram, and I will share some of the things I’m doing,’ she says.

‘I like to promote my work when I’m at a photoshoot. I love to take pictures of myself or with the crew. But my personal life, I try to keep to myself as much as I can.

‘I mean, I do get that I have a reality TV show, so it’s kind of contradicting myself, but at the same time, I’m trying to stay a little more private.’

Nonetheless the teen goes on to acknowledge that the constant attention she receives has made her particularly anxious and overtly aware of her self. Or dare we wonder her limitations?

‘It’s actually insane to me! I always say this to my little sister, I cannot believe four million people are looking at what I’m doing at all times. It kind freaks me out and gives me a little anxiety sometimes.’

Of course one also has to wonder if the constant over promotion and hype is also there to serve the young woman’s ego whilst exposing herself to social commentary?

Nevertheless perhaps Kendall Jenner’s contemplation of her weight is simply a concern that most up and coming models have to contend with and that by virtue of being constantly in the public eye (courtesy of a well orchestrated campaign courtesy pimp momma, Kris Jenner) and what may simply pass a matter of fact discussion with most young women becomes a gut wrenching soul experience for the young starlet. Naturally of course all under the public eye as she preens and poses for another batch of media outtakes….

Here’s Kylie Jenner and her new boyfriend on twitter.

Kendall Jenner is a hawt bixch via instagram. Who cares if she’s underage?

Oh my! Look at Kendall Jenner play with Mason in her bikini!

Oh my! Kim Kardashian teen sisters snag book deal. How did they do it?